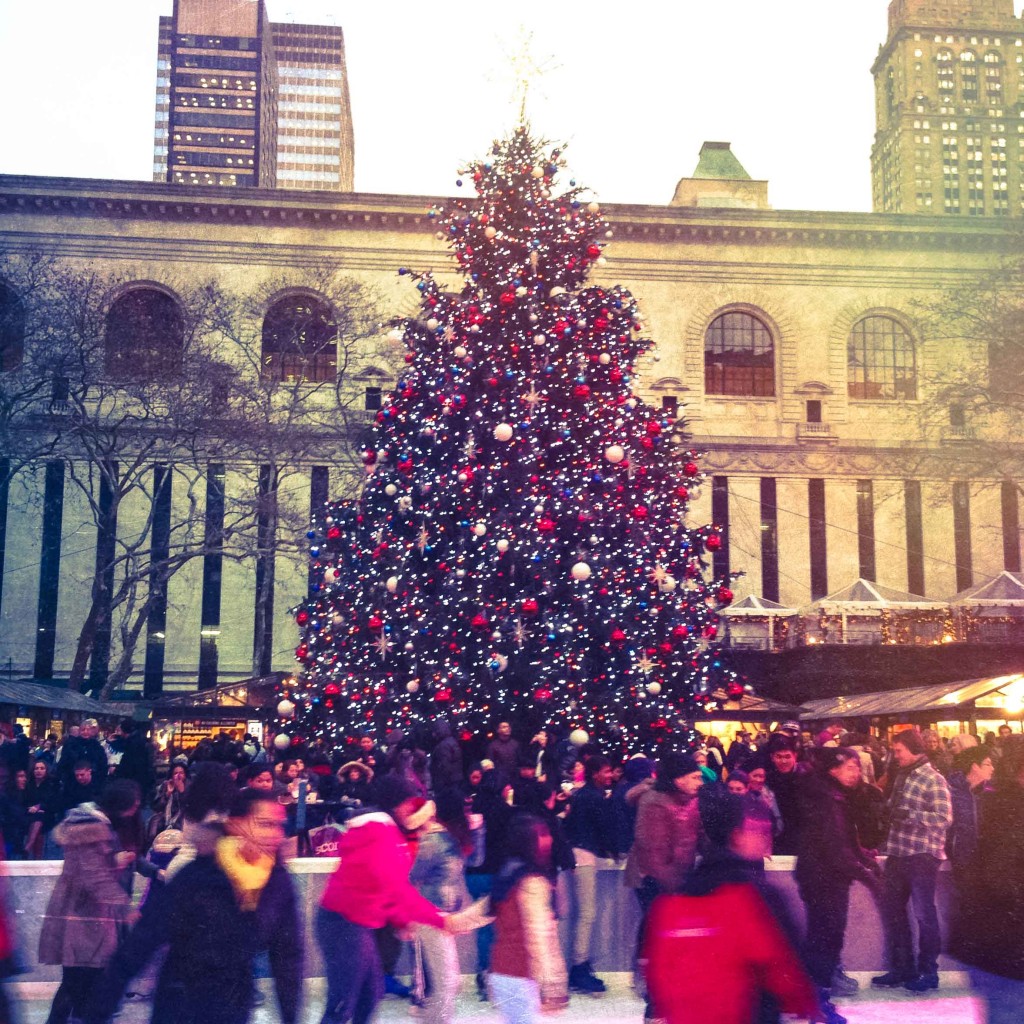 New York City is a magical place at Christmas time. This was not the first year I have ventured in from the ‘burbs to partake of the festive atmosphere.

Mwahahahahahahaha! My mom was going to write about her paleo Christmas recipes but I have taken her computer hostage to write about MY day in NYC. I write this on an airplane, with a dying macbook pro, my mom is looking over my shoulder at the progress window as we back up the whole computer onto a hard drive. I am super tech savvy, so I helped her use it even though it is meant for Microsoft Windows machines. SO there. Ha!

Oh, you wan’t me to stay on-topic? Where do I start? Well… I’ll break our day up into small segments, (in chronological order) that have titles that sum-up the segment. 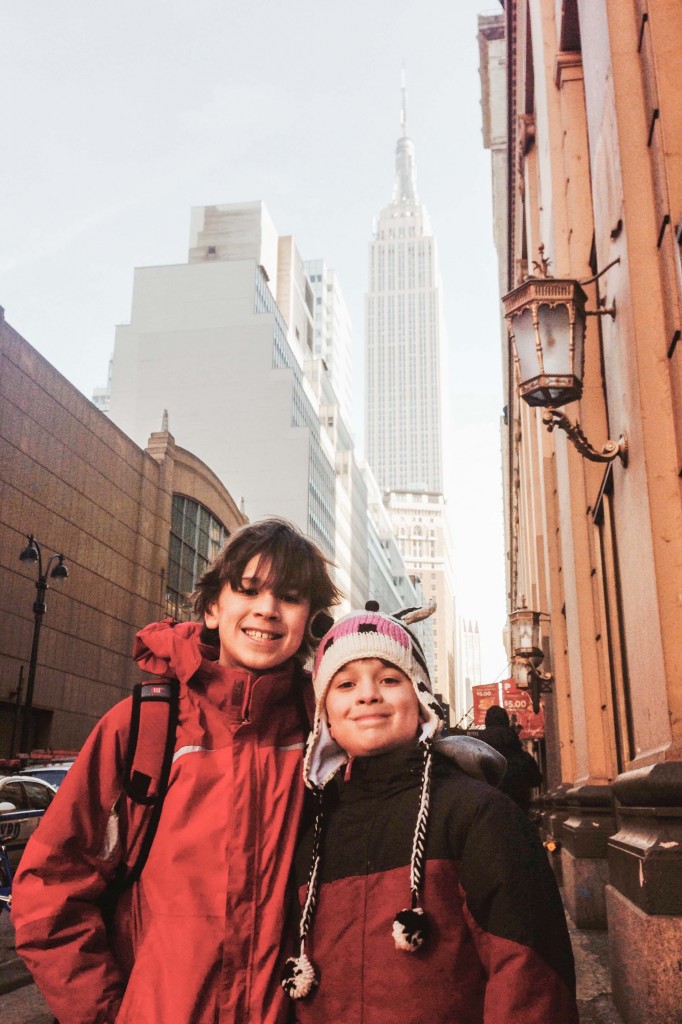 The first memorable part of my day was waiting for the train to arrive at the station. Because NJ transit is pretty much the worst commuter train ever, we literally had about 45 minutes in delays. Fun! 😐

Bareburger. Yum. Best burgers. Ever. Not sure if I get the bear theme, but you know, BURGERS! By the time we got there we were pretty tired out from walking for such a long time, so I was ready for some epic omnom time. The food was ready almost immediately after we ordered, which was awesome, because it usually takes longer based on past experiences. Gluten-free bun + bison patty + bacon = heaven in a burger.  I’m completely serious. It was delicious. My mouth waters at the thought of such deliciousness.

I got a new hat. I guess you could say that I am a “smurf.” See photo below!

We went Ice skating next, which was a nightmare at first but got better as I got the hang of skating, Nathaniel, on the other hand, never quite got it, but he had fun regardless of his skill level. We both fell over like 700 million times, and the zamboni took like 300 years, but like I said, we had fun. Afterwards we got hot chocolate which tasted SOOOOO good.

We walked to the Rockefeller tree afterwards. It was pretty amazing but then we realized that it lined up with angelic statues, when you looked at it from a certain angle it was absolutely stunning. It was quite literally breathtaking. The amount of work that must have gone into making it look like that is crazy if you think about it. The Saks 5th avenue show ON THE SIDE of the building was pretty incredible too.

Of course, not everything can be perfect. That’s why our day unfortunately ended with my worst experience I’ve ever had on a train, ever. It was a double-decker train, but it was packed. We didn’t get a seat until much later in the train ride, but that was almost immediately before we got off the train, so it didn’t really help. Whatever, the day as a whole was great, so it made up for the bad train ride. 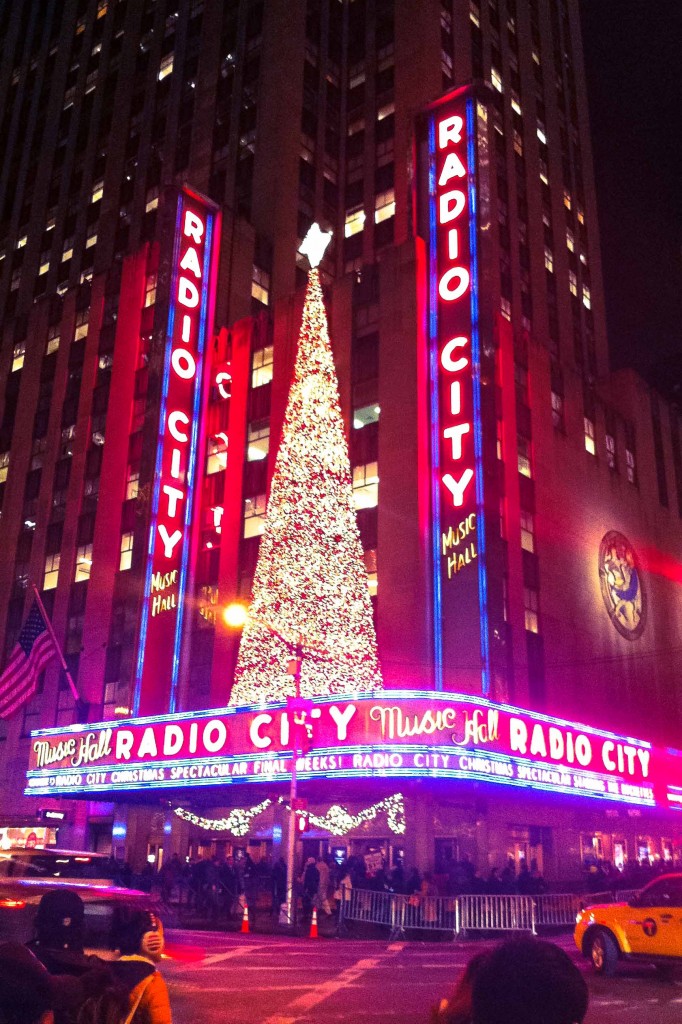 Now my mom will take it from here. Bye!

We are going to Texas this year to spend Christmas with my mom. It’s been a long time since we have been in Texas for Christmas and this time we have more dietary restrictions than the last time. It occurred to me the way we eat stresses people out. They feel intimidated by what they will need to feed us. It’s really not that hard, though. In fact, other than treat recipes I think the paleo way of eating lends itself well to holiday eating. We wanted to have a completely paleo Christmas menu so I sent my mother a list of ingredients that she was able to find at the regular grocery store and had some almond flour, coconut flour, celtic sea salt, and tapioca starch shipped to her house. These ingredients ensure we are able to make some of the paleo, grain-free recipes that require those specialty items.

With work, vacation prep and travel this post will go up late. But I thought you might be interested in seeing what we will be having for our Christmas Day dinner in case it inspires you for future get-togethers:

I always like to hear what other folks eat for holidays. Did you try to follow a whole foods, grain-free or paleo plan for the holidays? What did you make/eat?

2 Responses to "Paleo Christmas Menu and Christmas in NYC"