Assateague Island in the Morning 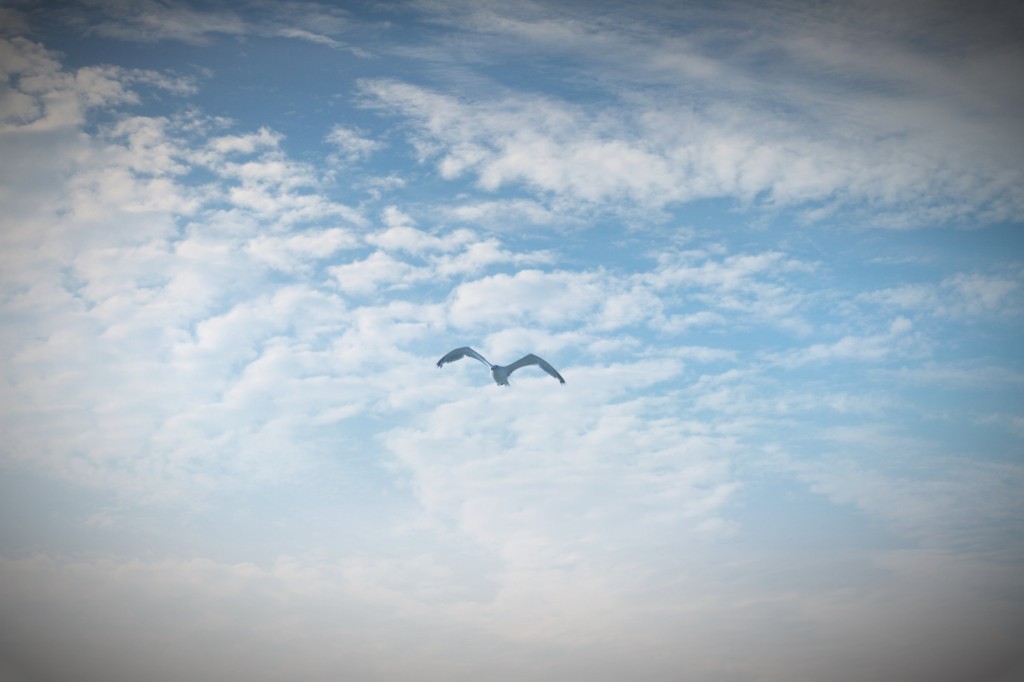 It’s a holiday weekend and right now I should be at the beach! But, alas, it is raining unrelentingly and we are consigned to the indoors. Fortunately, prior to the arrival of the rain, I managed to drag myself out of bed early enough to make a trip to the shore for some photographs. Assateague Island on the Maryland shore is a favorite summer destination. The natural beach there is especially beautiful in the morning before the crowds arrive.

The dose of beauty is enough to make one wax poetic. 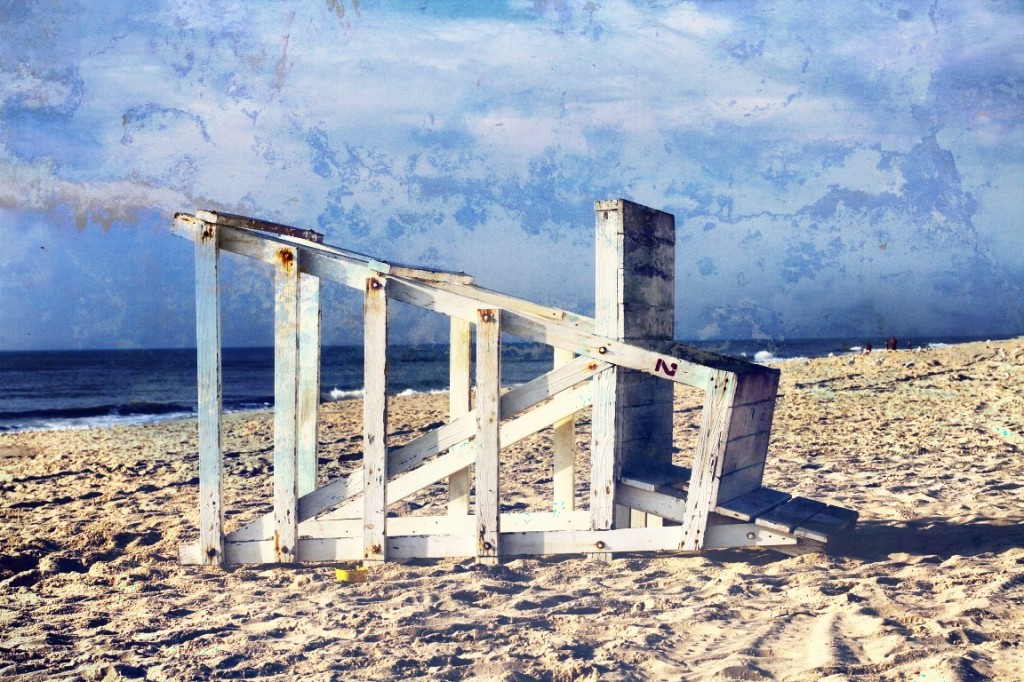 A sea shovel scrapes the sand floor.
The shovel changes, the floor changes.

The sandpipers, maybe they know.
Maybe a three-pointed foot can tell.
Maybe the fog moon they fly to, guesses.

The sandpipers cheep “Here” and get away.
Five of them fly and keep together flying.

Night hair of some sea woman
Curls on the sand when the sea leaves
The salt tide without a good-by.

Boxes on the beach are empty.
Shake ’em and the nails loosen.
They have been somewhere 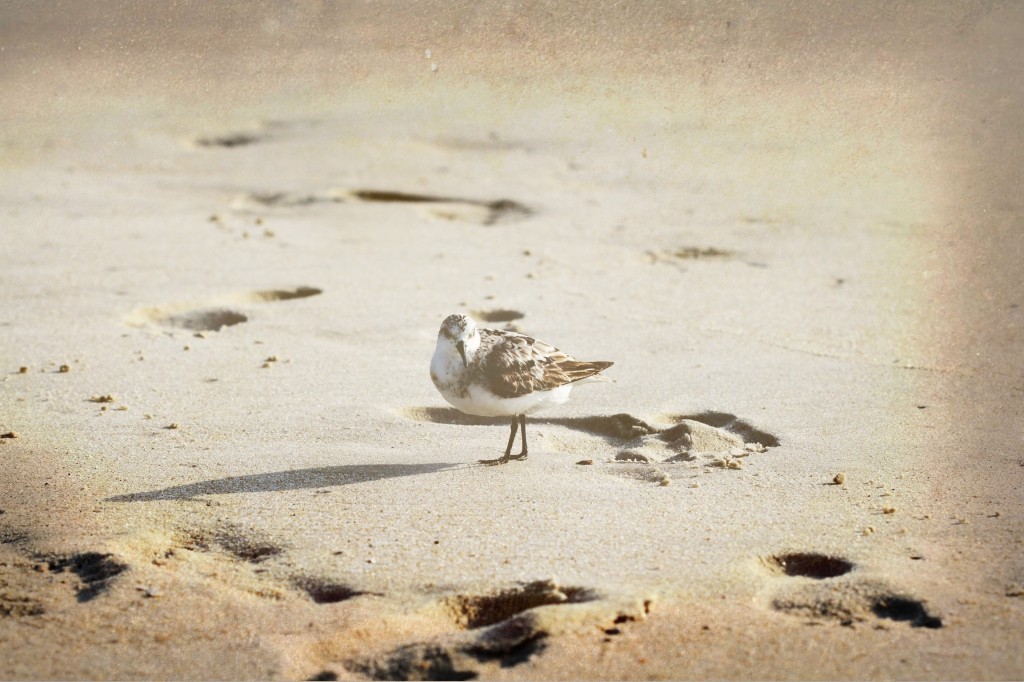 TEN miles of flat land along the sea.
Sandland where the salt water kills the sweet potatoes.
Homes for sandpipers—the script of their feet is on the sea shingles—they write in the morning, it is gone at
noon—they write at noon, it is gone at night.
Pity the land, the sea, the ten mile flats, pity anything but the sandpiper’s wire legs and feet.
Sea waves are green and wet,
But up from where they die,
Rise others vaster yet,
And those are brown and dry. 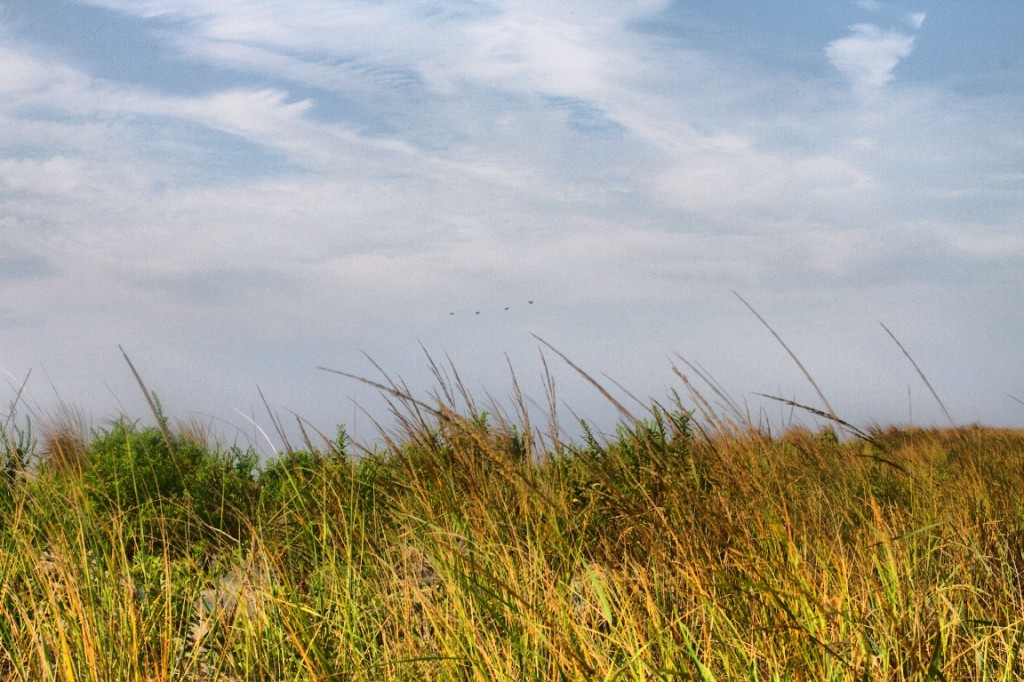 Sea waves are green and wet,
But up from where they die,
Rise others vaster yet,
And those are brown and dry.

They are the sea made land
To come at the fisher town,
And bury in solid sand
The men she could not drown.

She may know cove and cape,
But she does not know mankind
If by any change of shape,
She hopes to cut off mind.

Men left her a ship to sink:
They can leave her a hut as well;
And be but more free to think
For the one more cast-off shell.

The heart can think of no devotion
Greater than being shore to the ocean–
Holding the curve of one position,
Counting an endless repetition.

Thank you for stopping by. Have a beautiful day!

4 Responses to "Assateague Island in the Morning"