As part of what we have dubbed “Camp Paleo Spirit”, my boys and I have been doing lots of activities together this summer including vegetable gardening. Even though I am no expert on organic gardening I have learned a lot in the last couple of years. Our new raised garden beds have given me the opportunity to learn growing strategies for some different plants and involve the boys in the process. In another post I described a little about growing cauliflower and included a recipe for “Cauliflower Rice.” Here I will go into a little more detail about growing cauliflower as well as the health benefits of eating it.

I purchased some small cauliflower plants at a local nursery in a buying frenzy – the result of my excitement over the new garden beds. I had no idea how to grow it and only later found out cauliflower is considered “difficult”. A “high maintenance” veggie if you will. 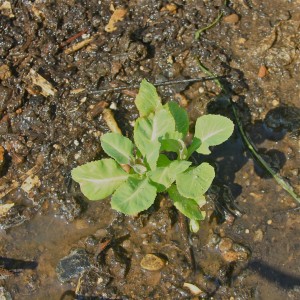 At the time it seemed like a good choice for our garden given its “low carb” status and prominent place in the paleo diet. Having successfully substituted it for rice and potatoes in a few paleo diet meals I was motivated to try growing it myself.

Cauliflower is part of the Brassica oleracea species like broccoli, kale, Brussels sprouts and collards and shares many of their impressive nutritional benefits:

Cauliflower, as the name implies, is an edible flower. The flower of the cauliflower is known as a curd. It grows best in well-compacted, fertile soil that has a pH balance between 6-7. The leaves of the plant flop over the curd to protect it from sun and pests. 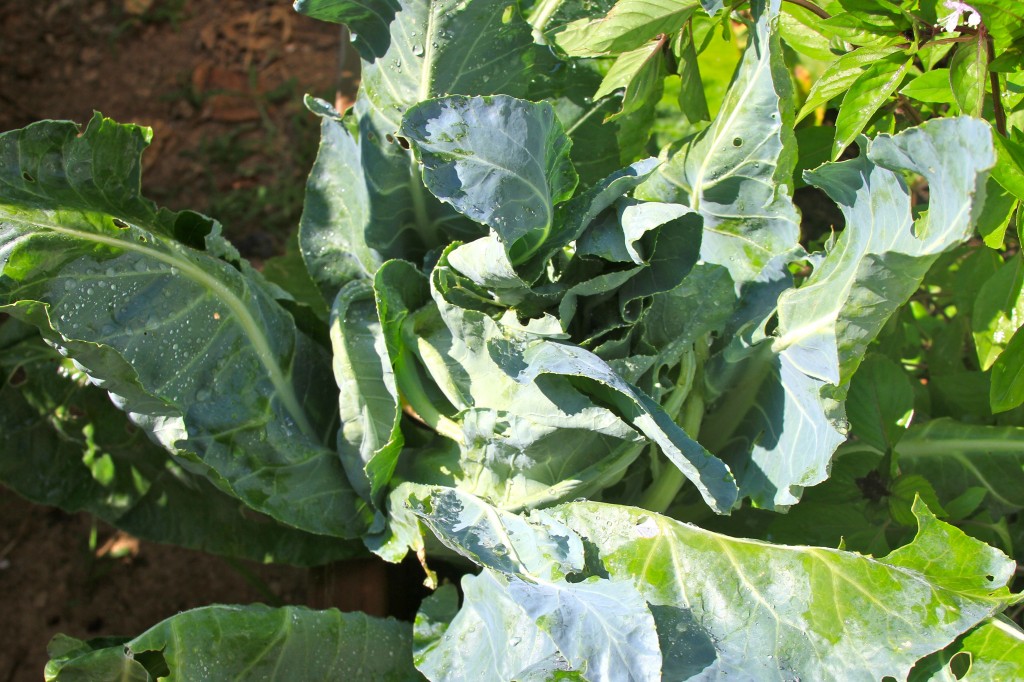 The only trouble we had with pests was white butterfly caterpillars eating some of the leaves. Fortunately, they did not wreak too much havoc and the curds were unscathed. We learned cauliflower is ready to harvest when it is about 6 inches across (smaller than what you will find in the grocery store) and has smooth florets that are tightly compacted and have not yet flowered.

To harvest it you should use a sharp knife and cut out the curd just below some of its protective leaves. 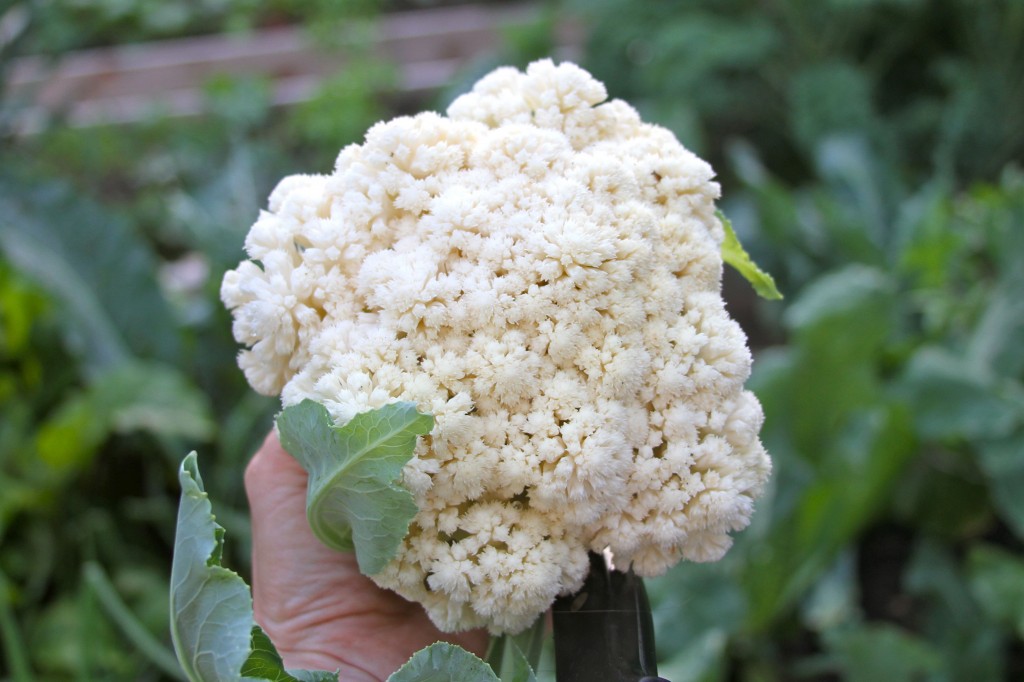 It is possible to keep the heads up to two or three weeks after harvesting before being used. But once it is cooked, it should be eaten within two or three days to maintain more of the nutrients. The remaining plant will not reproduce another curd. So my son, B, pulled the plants, roots and all, out of the ground and shook off the soil. 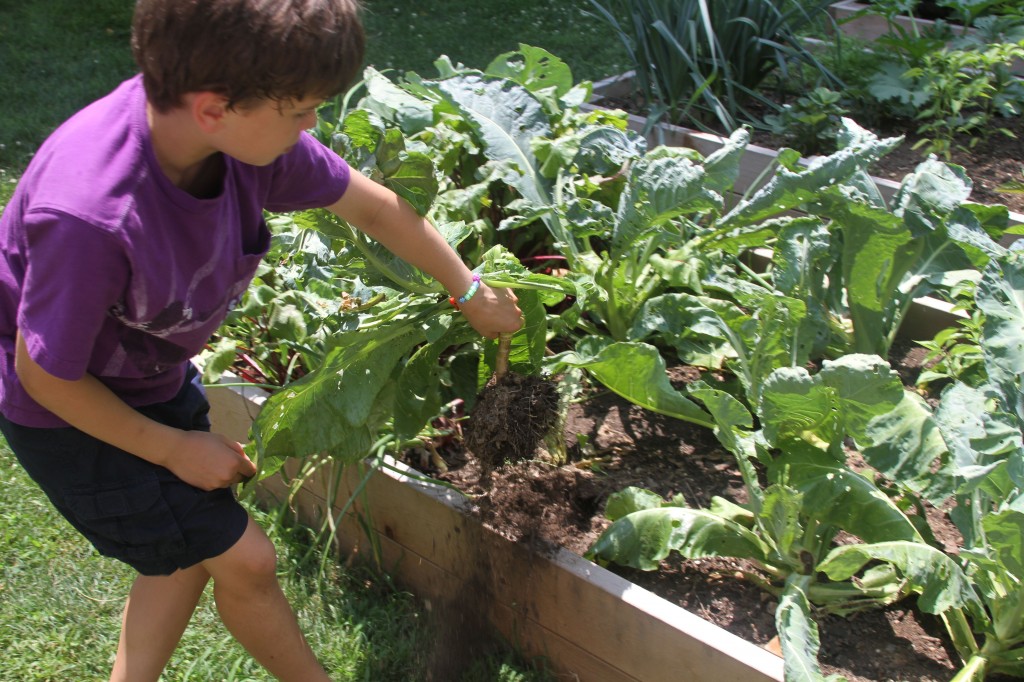 Some folks use the leaves in soups or stir-fries. But since we chose not to go that route this time B helped me out by throwing all the plants into our compost bin. 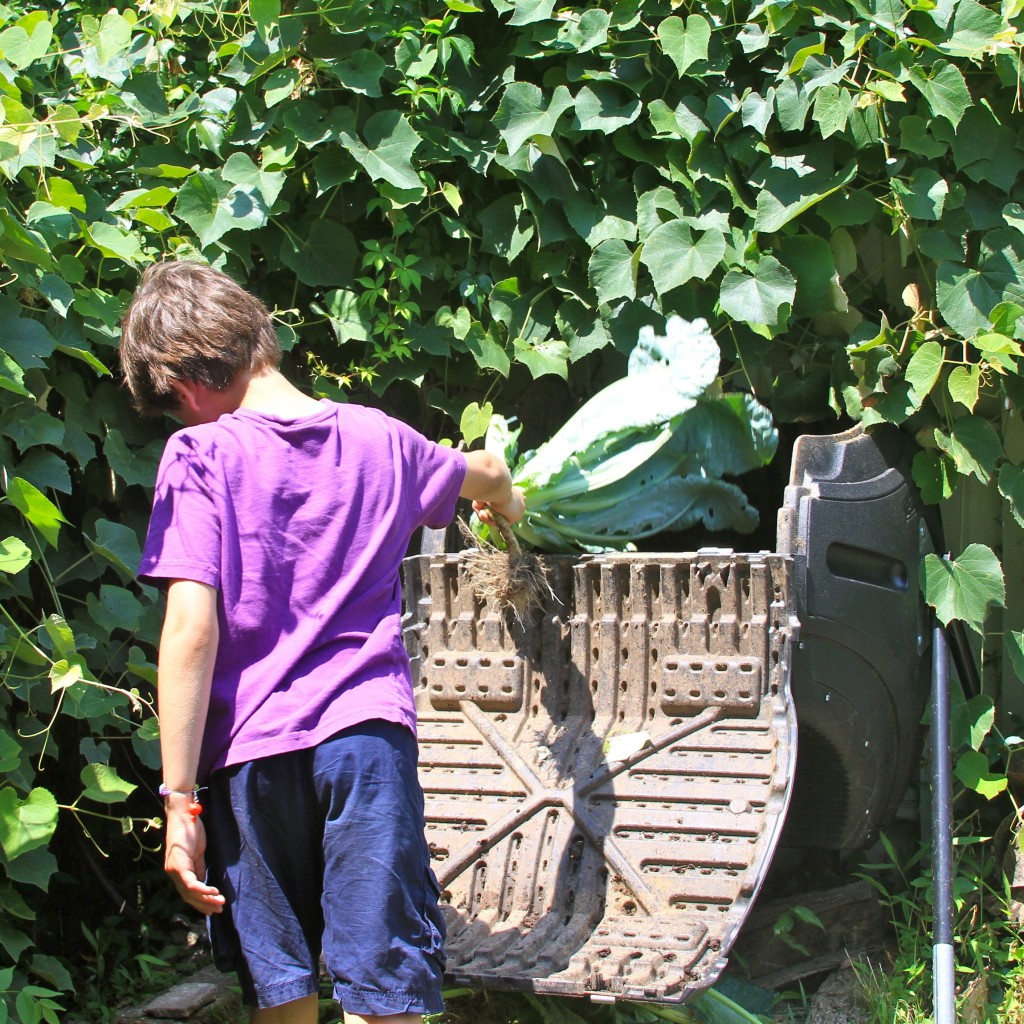 Even though cauliflower is considered somewhat difficult to grow I would consider our experience a success. Next time we will try growing some of the different varieties like orange, green or purple and planting in different seasons as cauliflower is fairly cold tolerant.

The paleo diet emphasizes eating whole, unprocessed, nutrient dense foods. Because cauliflower is so much more nutrient dense than rice or white potatoes it is a great choice to replace them when you can. It is also much lower in carbohydrates and will not contribute to a spike in insulin levels like the other choices. In addition to the “Cauliflower Rice” recipe already posted I hope to include more recipes in the near future that use cauliflower in creative and tasty ways.

5 Responses to "Cauliflower, The Other White….Vegetable??!"