Below is a photograph I took of Auguste Rodin’s sculpture ‘Monument to Balzac’ featured in the Museum of Modern Art, New York City.
The sculpture was commissioned to honor one of France’s greatest novelists. Rodin spent seven years preparing for Monument to Balzac, studying the writer’s life and work, posing models who resembled him, and ordering clothes to his measurements. Ultimately, though, Rodin’s aim was less to create a physical likeness of Honoré de Balzac (1799–1850) than to communicate an idea or spirit of the man and a sense of his creative vitality: “I think of his intense labor, of the difficulty of his life, of his incessant battles, and of his great courage. I would express all that,” he said. 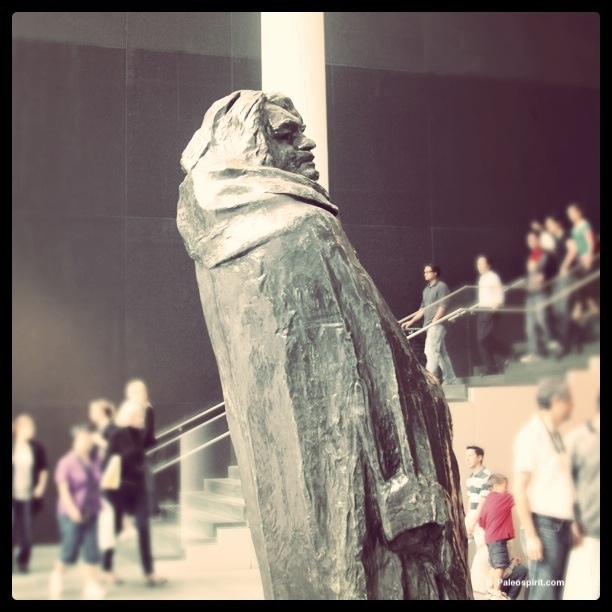 A March Snow and a Recipe: Seared Scallops with Strawberry Relish
A Walk in the Changing Scarf of Mist
Daily Dose of Beauty: July 30, 2011
Tagged with → Balzac • Monument to Balzac • Museum of Modern Art • quote • Rodin • sculpture