In a free market, quality often improves when consumer choice increases, and this scenario is having a positive impact on the market for gluten-free beer.

Not surprisingly, the recent growth in available brands of gluten-free beer is attributed to the increasing recognition of general gluten sensitivity and serious autoimmune disorders like celiac disease. To satisfy the rising demand for beer among consumers who want to avoid ingesting gluten, some brewers are turning to wheat and barley alternatives like sorghum, a species of grass cultivated in warm climates worldwide and that is commonly used to produce sugary syrup known as “sorghum molasses.”

One of these brewers is Lakefront Brewery, Inc., from Milwaukee, Wisconsin. Lakefront started in 1987 after a sibling rivalry between two brothers (the owners) over who could make a better homebrew.  This rivalry eventually developed into a full-fledged business. Lakefront is notable for brewing and selling “Organic ESB” which is the oldest government-certified organic beer still on the market.  Organic ESB uses 100% organic malt AND hops. 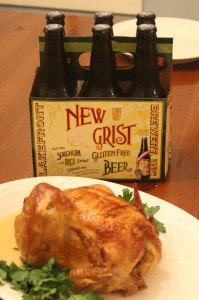 Lakefront’s entry into the gluten-free beer market is known as “NEW GRIST Beer”, and the story of how it first arrived on the shelves is an interesting one. Prior to 2006, the federal government mandated that “beer” had to be made with no less than 25% malted barley. This meant that gluten-free, alcoholic beverages could not officially be classified as beer. Ignoring the old saying that you can’t fight city hall, the owners approached the Alcohol, Tobacco, and Firearms Tax and Trade bureau and successfully lobbied for a change in policy that enabled them to brew, market and sell NEW GRIST Beer.  NEW GRIST now falls under the FDA’s jurisdiction, hence the need for nutrition information on the six-pack.

I’ve had several bottles of NEW GRIST, and I can honestly say: I like it.

One of the first things I noticed about NEW GRIST is that it tastes like beer. While that may seem like an obvious quality for a beer to have, if you’ve sampled other gluten-free beers you’ll understand why I think it’s important to mention. Gluten-free beers ARE different from standard beer, and that difference is most obviously demonstrated in the taste, which tends to be sweeter and slightly drier than standard beer due to the high sugar content of the sorghum. Most people, especially beer connoisseurs, will notice the difference between standard beer and gluten-free beer with the first sip.

NEW GRIST is definitely sweeter than standard beer, but it’s not as sweet as other gluten-free beers. It has a fuller body, and a stronger hoppy flavor than most gluten-free beers, too. The aftertaste is mild but consistent, with a good blend of carbonation and bitters. I heartily recommend NEW GRIST, especially to folks who want to avoid gluten but enjoy a tasty beer.

P.S. If you have tried NEW GRIST Gluten-Free Beer I’d love to hear your opinion. 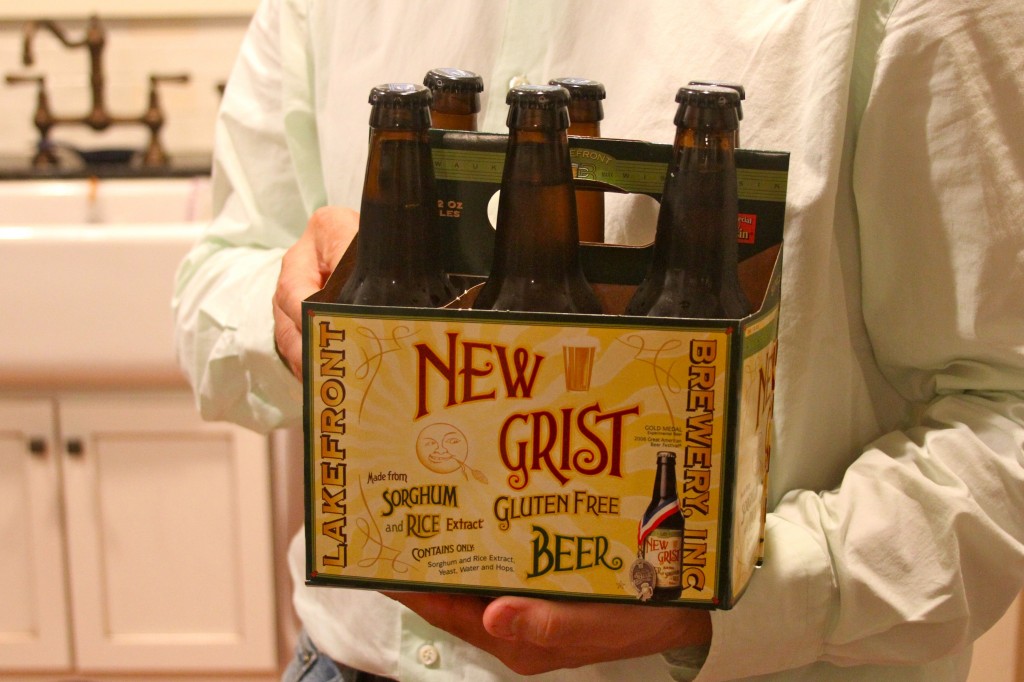