Though initially a bit daunting, shopping for Paleo Diet food (i.e. real food) is becoming second nature. Trader Joe’s and Whole Foods are great for lots of reasons. But because neither one is super close to my house Costco has become my go-to store for several food items that are indispensable for my family. I made a trip to Costco recently and thought I would share what I typically buy when I am there. You will notice there are no 50 ounce jars of mayonnaise or Twizzlers.

Dairy is not officially a part of the Paleo Diet for a few different reasons. But if you are not lactose intolerant or casein intolerant and if you do not suffer from an autoimmune disease you can probably safely indulge now and then. However, I recommend that when/if you do eat dairy that you try to eat “pastured” products. Not to be confused with “pasteurized”, pastured dairy comes from animals that have been eating foods they were created to eat. In the case of cows that would be grass, not grains. Most of the dairy products we find in a regular grocery store in the United States are from grain fed cattle. I was really happy to learn that Kerrygold brand products are from pastured animals. Since butter freezes really well there is no problem buying it in bulk. Plus, I typically make ghee out of it and ghee will keep for a very long time at room temperature. The butter was $8.39 per box and each box contains 3 x 8 ounce bars of butter. That works out to about $1.40 per stick of butter.

Kerrygold also makes cheese. Even though I rarely eat it I try to find cheeses that come from pastured animals. The Dubliner cheese at Costco fits that bill. The 2 pound block in the photo below was $10.96 but it will last quite a while. 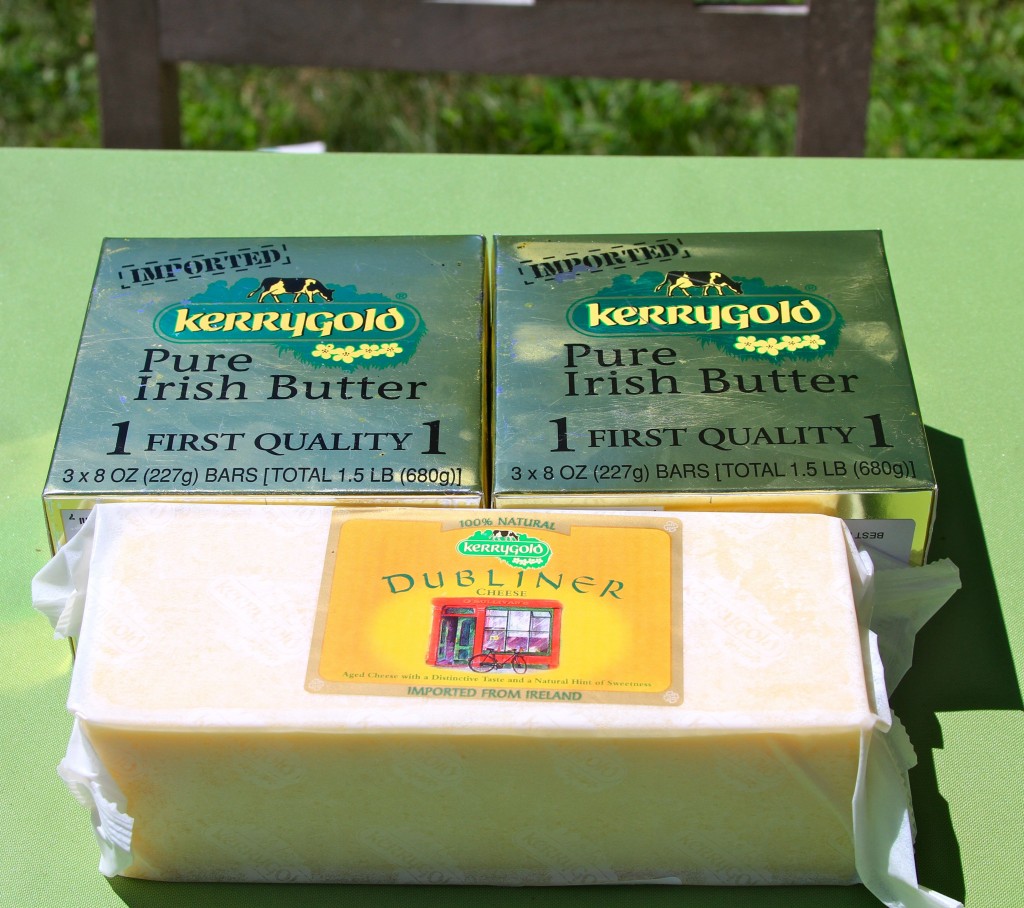 Meat is a huge part of eating Paleo. Ideally all our meat would come from pastured animals raised in humane conditions without hormones or antibiotics, etc… You know, the way it used to be! I would love to buy half a cow from a nearby farmer later this year. But until then I am limited in what I can afford. I try to buy leaner cuts of grain-fed animals and buy grass-fed products when they are on sale. I purchased this 12 pound beef tip at Costco the other day with the intention of making it into something resembling Chipotle’s Barbacoa. (See the results here!) It was $2.59 a pound which is a pretty good deal.

I researched Verde Farms and found that they get a lot of their meat from Australia where the cattle are generally pastured. They are committed to finding more pastured beef suppliers in the U.S. as the market expands. The 15% fat does not faze me because it comes from pastured cows which means it is much higher in Omega-3 fatty acids and lower in Omega-6 than conventional meat. A three pound pack of Verde Farms ground beef was $13.99 which is $4.66 per pound.

Below is the uncured, organic Canadian Bacon which cost $10.99 for two packs. Both of the types of sausages featured below are organic and, much to my surprise, did not contain any artificial or “funky” ingredients. The spinach/feta sausage was $13.79 for 3 lbs. The apple/chicken sausage was $13.49 for 3 pounds. We typically eat these for breakfast either with eggs or on days when we are out of eggs or just want something different. The sausages also freeze really well and I like to have them on hand for protein in a pinch. 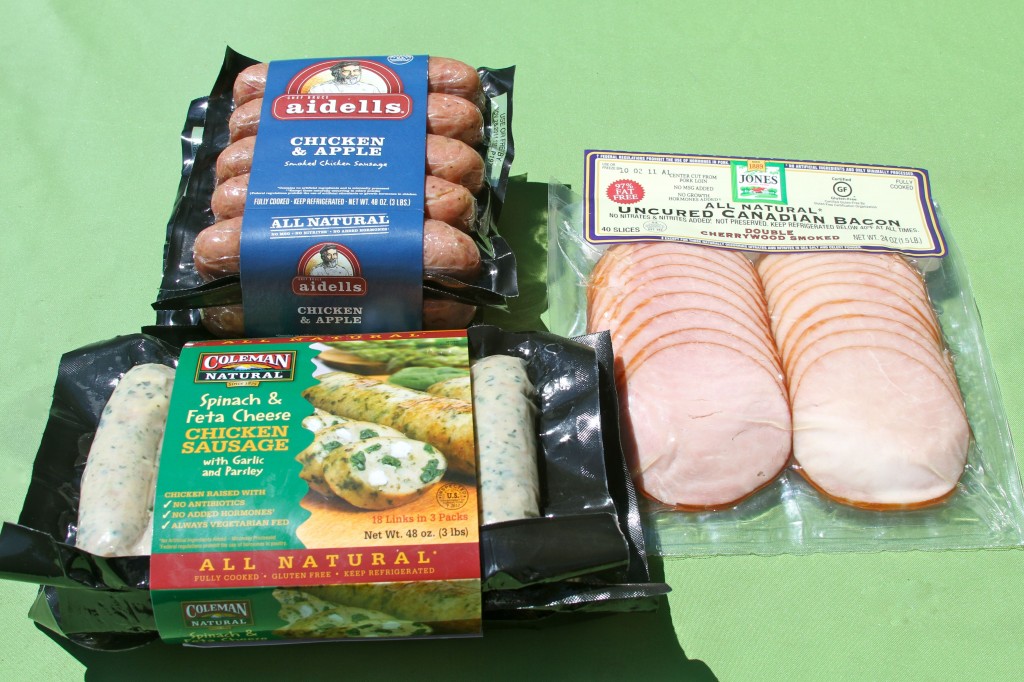 We do eat fruit on the Paleo Diet. But we limit it because of the sugar content. Berries are a great source of nutrients and are relatively low in sugar. The cherries are in season right now and I just can’t resist them! Strawberries were $3.49, blueberries were $6.99 and the cherries were $6.99. We usually eat a few berries with breakfast or as a snack or dessert after dinner. 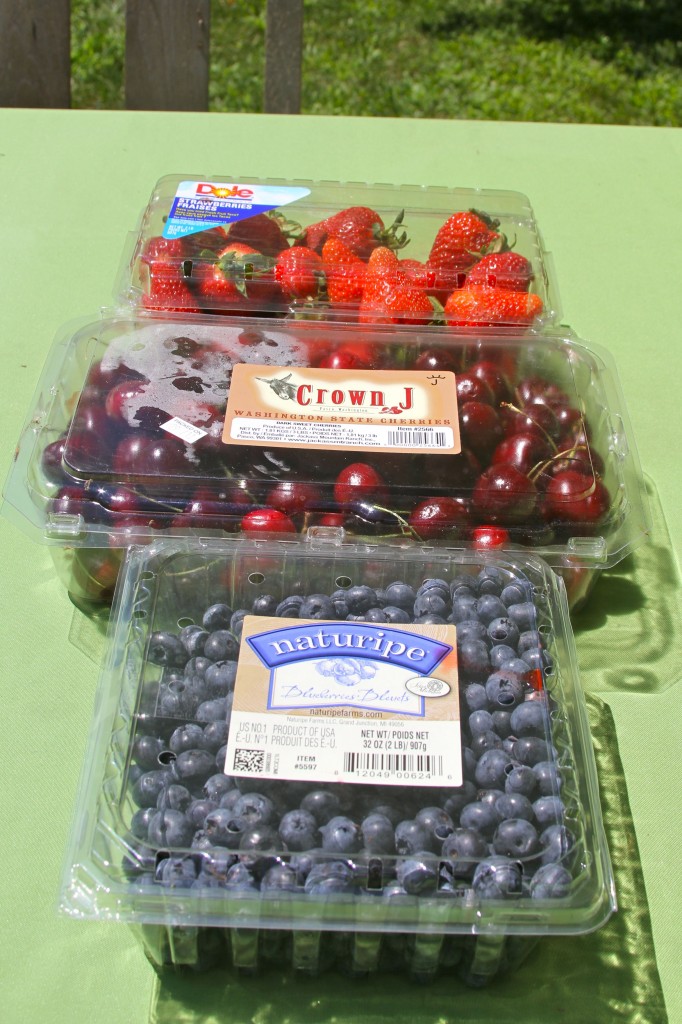 Below is a photo of the fruit, veggies and nuts from Costco. It’s important to eat healthy fat so we picked up 3 pounds of almonds for $9.89 ($3.30/lb) and five avocados for $7.99 ($1.60 per avocado). Three English cucumbers cost $3.29 and will be used in salads and to make a gazpacho soup along with tomatoes from our garden. Bok Choy was $5.99 for a rather large container. This is one veggie I have never cooked but I guess I have better learn fast! Last but not least are the plantains. I’ve become a fan of plantains and they are very cheap. This bunch was $2.49 which was $0.49 per pound. We let them ripen and eat at breakfast in a no-grain breakfast mash that we have grown to love. 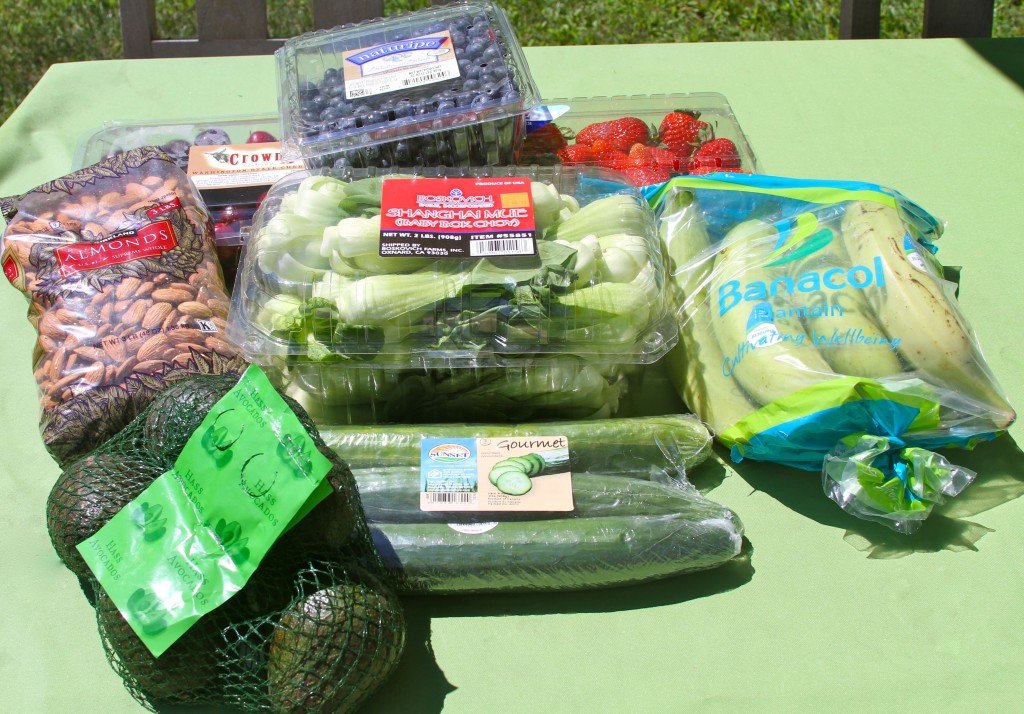 Even though pastured meat and dairy products are more nutritious they are often more expensive. I do what I can to find the best options possible that fit into the budget. I may not be the world’s greatest meal planner. But I am motivated to feed myself and my family good food so I have been working on getting better at finding ways to save money and plan ahead. Watching flyers for sales is great and buying in bulk, at places like Costco, can also help. Stay tuned to find out what becomes of that gigantic beef tri tip. If I am successful I will post a recipe of my version of Chipotle’s Barbacoa.

7 Responses to "Paleo at Costco"