The boys and I took a trip into New York City the other day and stopped by the Union Square Greenmarket.  My husband, G, had been there the previous Friday and let me know there was a farmer selling ostrich and emu eggs.  Unfortunately, he was sold out that particular day. But Sweet Pea, Big Boy and I were in luck because, on the day we stopped by, the farmer from Roaming Acres Farm still had a couple of ostrich eggs. 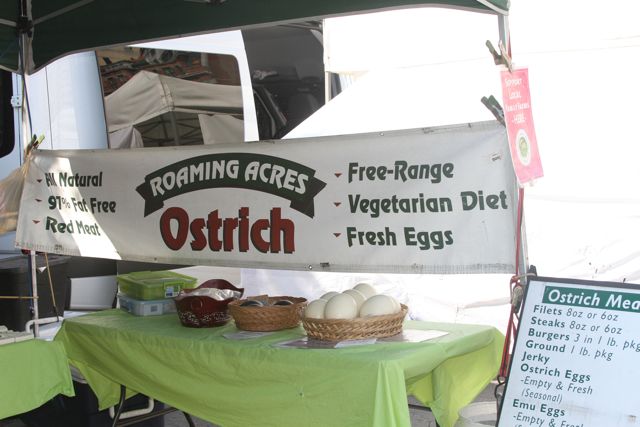 The price was $30 for one fresh ostrich egg or $20 for a hollow shell.  I purchased the pterodactyl-like egg which was then wrapped in bubble wrap for the trip home. 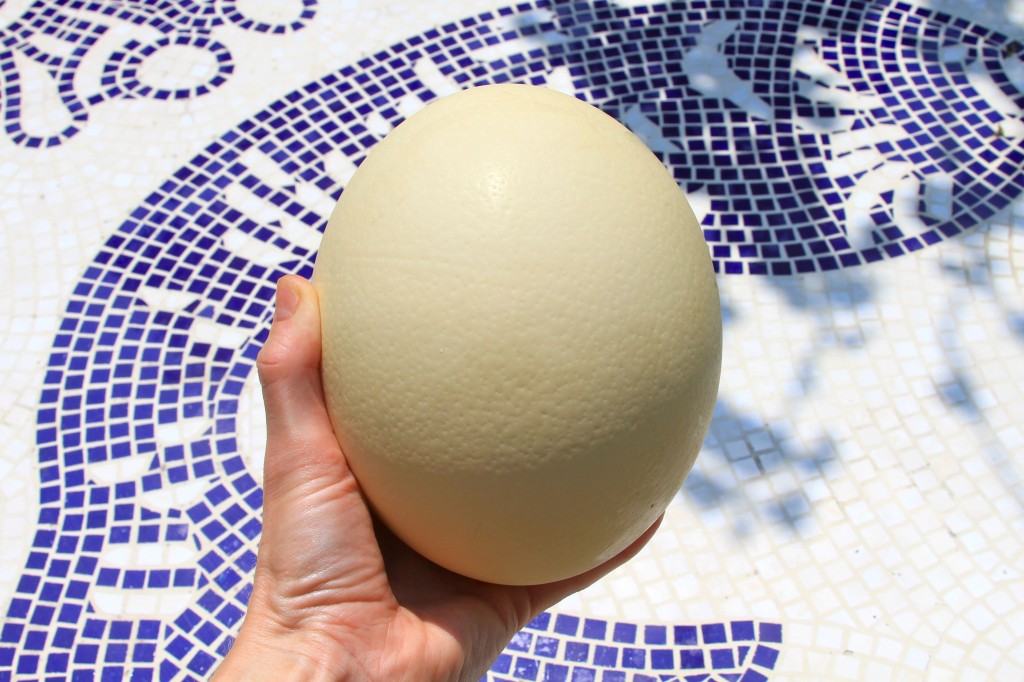 We were pretty excited to give the egg a try but given the sheer volume of food, and our desire to share the experience with others, we invited some friends over for a Paleo Ostrich Egg Brunch.  In preparation for the extraction of the egg from its shell G selected two drill bits for his Dremel tool. 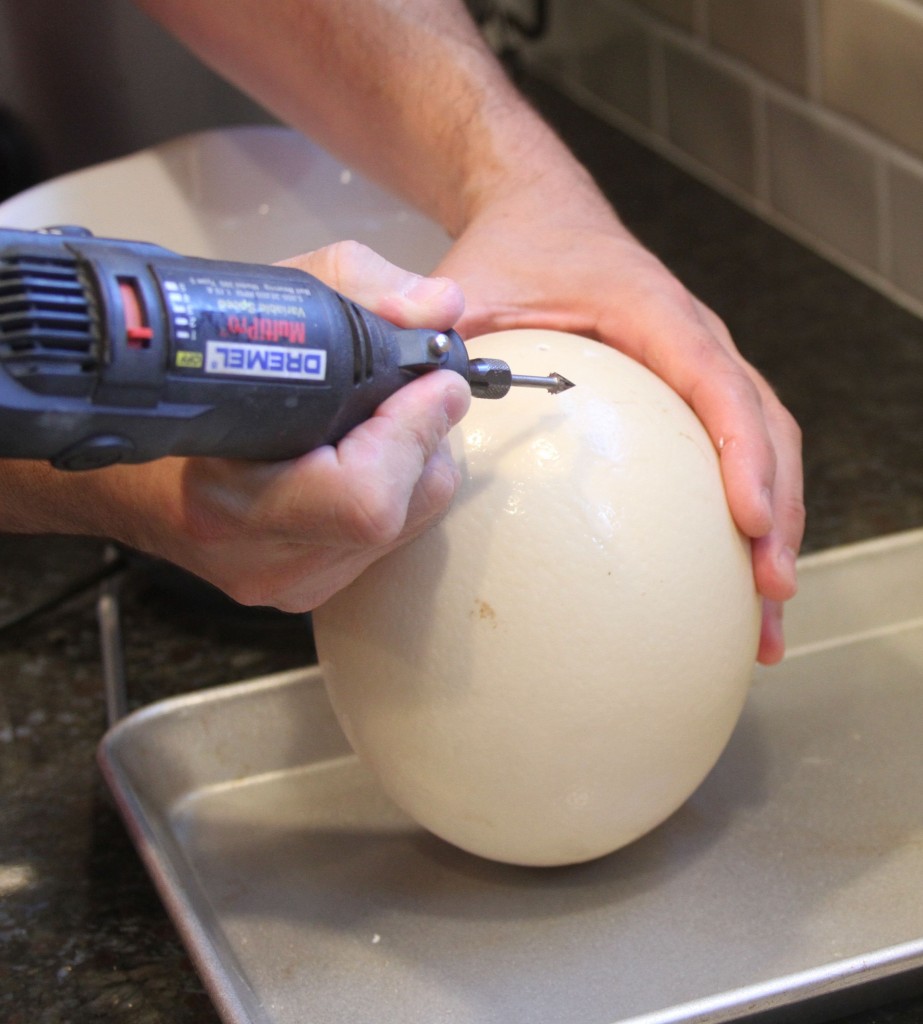 He used the smallest bit to drill a starter hole in one end of the egg then moved up to a larger bit until he had a hole big enough for a straw. 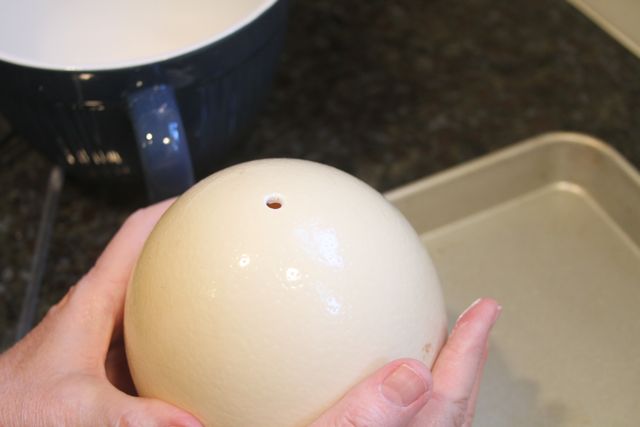 We initially tried to extract the egg by inserting a straw slightly smaller than the hole and blowing into the shell.  We ended up drilling a tiny hole in the other end of the egg and blowing directly into that hole.  This second method proved successful.  Once the ostrich egg was out of its shell and into a large bowl I added: 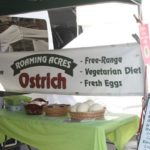 We cooked the mixture in two batches on medium heat in the fat rendered from duck bacon. 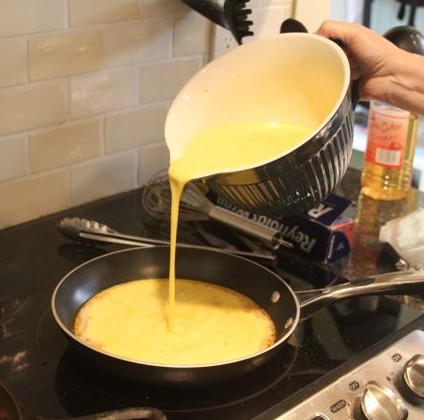 And, drumroll please……Here’s what the finished product looked like. 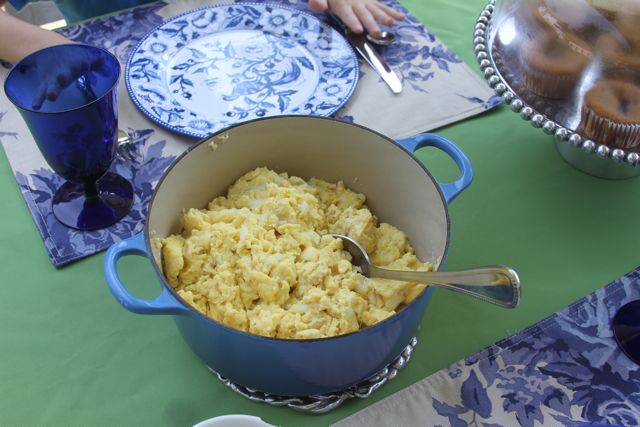 The only difference we noticed between this ostrich egg and regular chicken eggs was some gelatinous ribbons running throughout.  It was part of the white of the egg and looked rubbery. One guest said it reminded her of “lardons” – “pieces of bacon or pork which are inserted in meat in the process of larding” usually in French cooking.  Though initially off-putting it was actually quite tasty and not rubbery at all.

Sweet Pea and Big Boy were VERY excited about brunch! 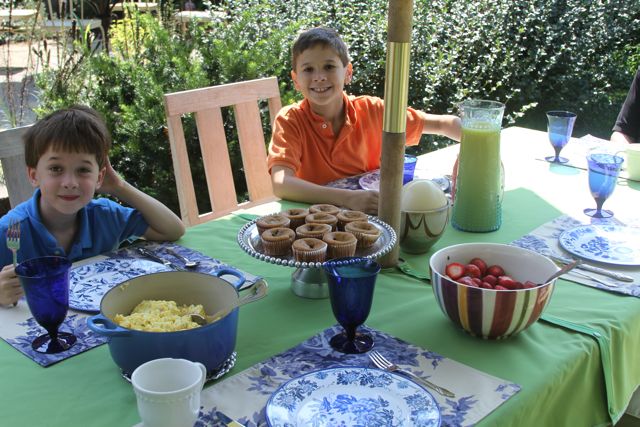 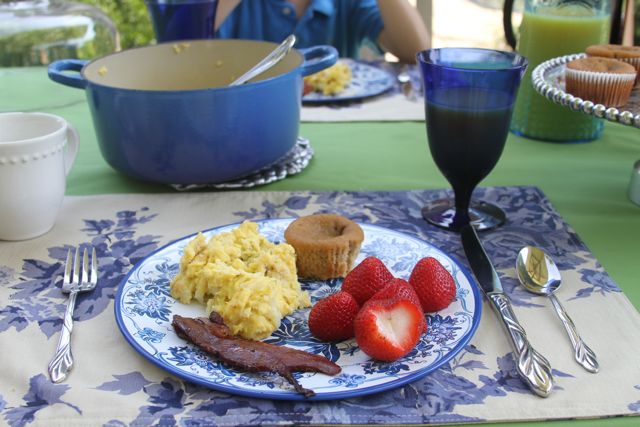 Sweet Pea was pretty jazzed at being allowed to indulge in a tiny bit of coffee and cream in his little Sweet Pea-sized coffee cup. 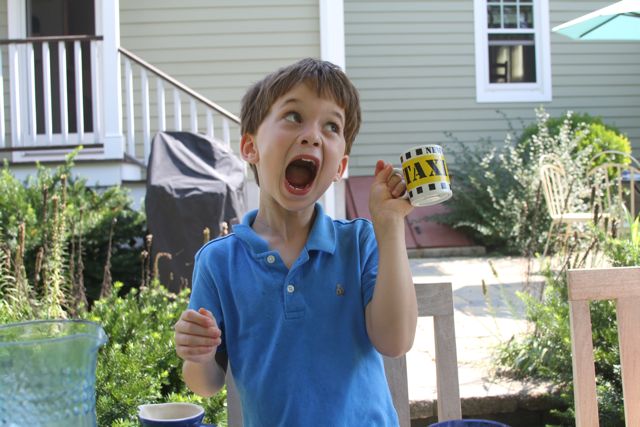 The unanimous opinion was that the ostrich egg was delicious.  The heavy cream and duck fat certainly did not hurt matters.  The texture of the egg itself was very tender – more fluffy than similarly cooked chicken eggs.  It fed four adults and two children with a lot of leftovers in spite of the fact we adults had pretty sizable portions.  My estimate is we ate the equivalent of about 18 chicken eggs.  Here’s a photo of the leftovers. 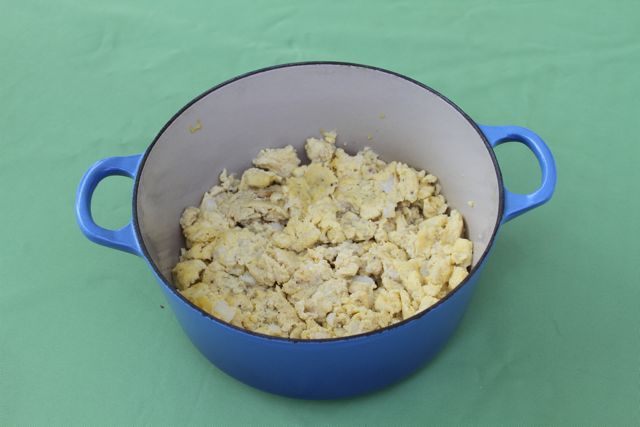 The farmer had estimated the ostrich egg would provide an equivalent of 18-24 chicken eggs.   It seemed to me we had closer to the equivalent of 28-30 eggs.  We certainly could have invited over a few more friends  Given the successful experience there will most likely be a next time! 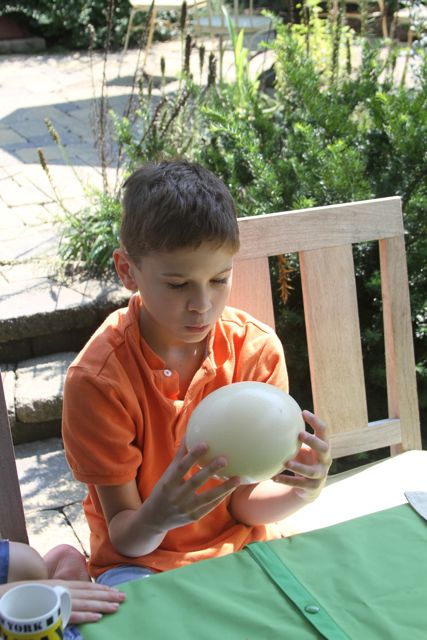 Big Boy imagines he is holding a real pterodactyl egg.