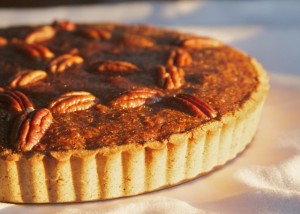 Texas has a robust pecan industry and, not surprisingly, pecan pie is very popular there. Not far from my hometown is the famous Collin Street Bakery in Corsicana, Texas. They have been using Texas pecans since 1896 in their fruitcakes, pecan cakes and pecan pies that ship all over the world. When I was growing up there, pecan trees, which are native to Texas, were in my front yard. I still remember the little old man coming over and using a “pecan picker upper” to harvest some from under our trees.  A few days later he would show up at our doorstep with a homemade pecan pie just for us!  It was his way of saying thanks and the gesture was much appreciated.

Unfortunately, celiac disease or gluten intolerance means having to avoid gluten in a pecan pie even if it comes from a famous bakery, a nice neighbor or a well-meaning host at a party. If you want a standard pecan pie there are about a zillion recipes in cookbooks and online. But almost every one of them will have a wheat flour crust or, minimally, will be chock full of sugar, sugar and more sugar.  “Low carb” recipes often have tons of artificial ingredients that make me think “why bother?”  This recipe is different.  It is not only gluten-free but also takes into account my desire to stay as close to paleo as possible. So gone is the corn syrup, brown sugar and processed white sugar. The filling is sweetened only by dates, applesauce, pure maple syrup and a little molasses. Oh and there’s a bit of rum too. But that’s optional. Sort of. 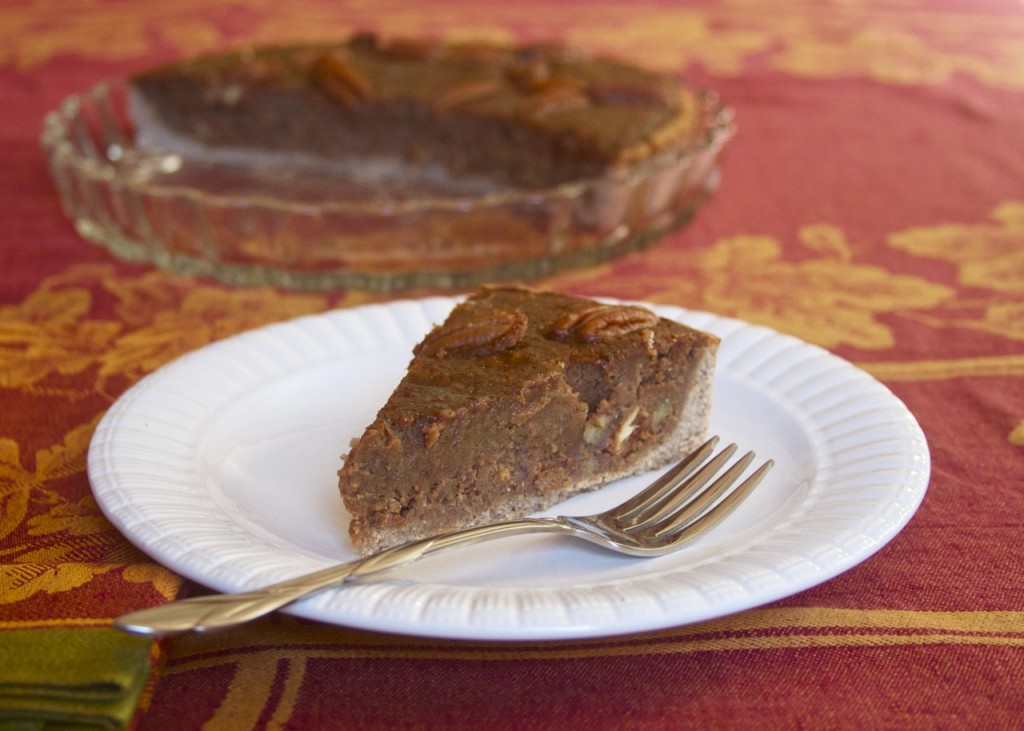