Based on his comments from a recent program, here and here, Rush Limbaugh evidently believes liberals are the only ones eating organic food. Or, minimally, he believes eating organic food turns people into snobs or is the result of a desire to feel superior. I will have much more to say on this topic in the coming days. But for now I’m just posting this photo of myself taken today when I drove my HYBRID CAR to buy ORGANIC EGGS from pastured chickens from my neighbor. Note the Limbaugh Letter in my hand since I am a subscriber and long-time listener! I drive a hybrid because I like the car and I like saving money on gas and enjoy the efficiency of the technology. I eat organic, pastured eggs because they are good for my health. These are choices I make in a free society and I want to continue to be able to make these choices.

Rush needs to understand there are plenty of us who eat and live this way for reasons OTHER than we are liberals and/or trying to tell others how to live. 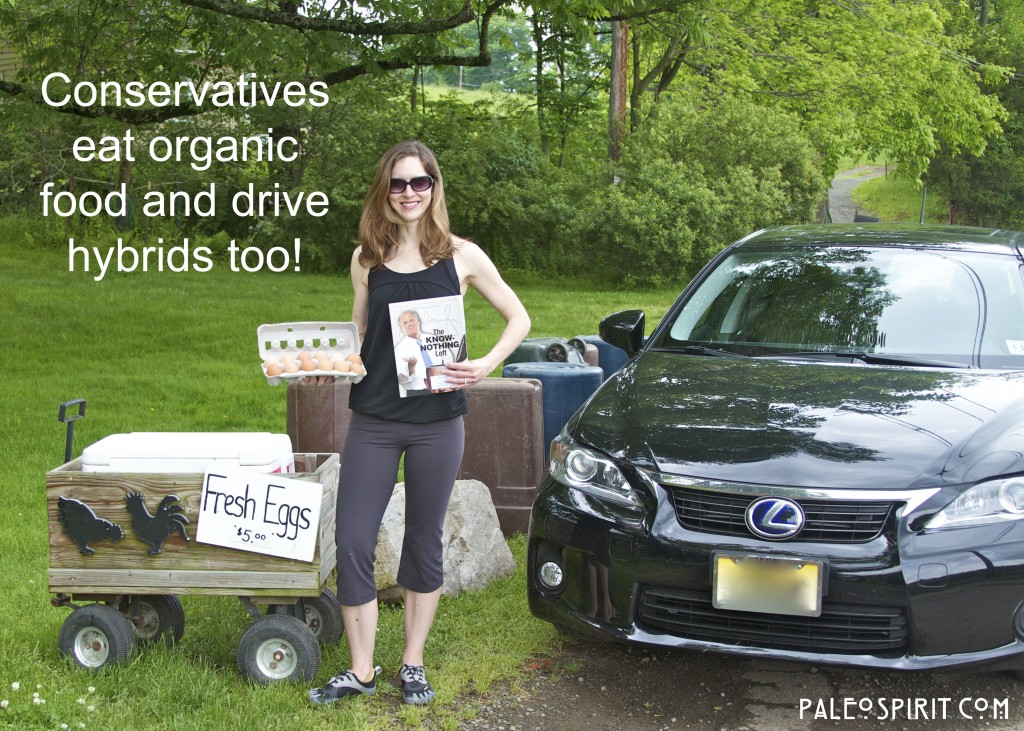 23 Responses to "Note to Rush Limbaugh: I’m An “Organic Conservative”"