It’s the time of year of all things pumpkin! I am jumping on the bandwagon big time with instructions on roasting a whole pumpkin and a recipe for a paleo pumpkin spice latte.

Our CSA has recently been offering THE most gorgeous pumpkins. Our farmer,Sara, explained that “Cheese” Pumpkins (presumably because they look like a big wheel of cheese?) are especially great for baking. The last few visits to farm have yielded a few of these pumpkins – now what to do with them? 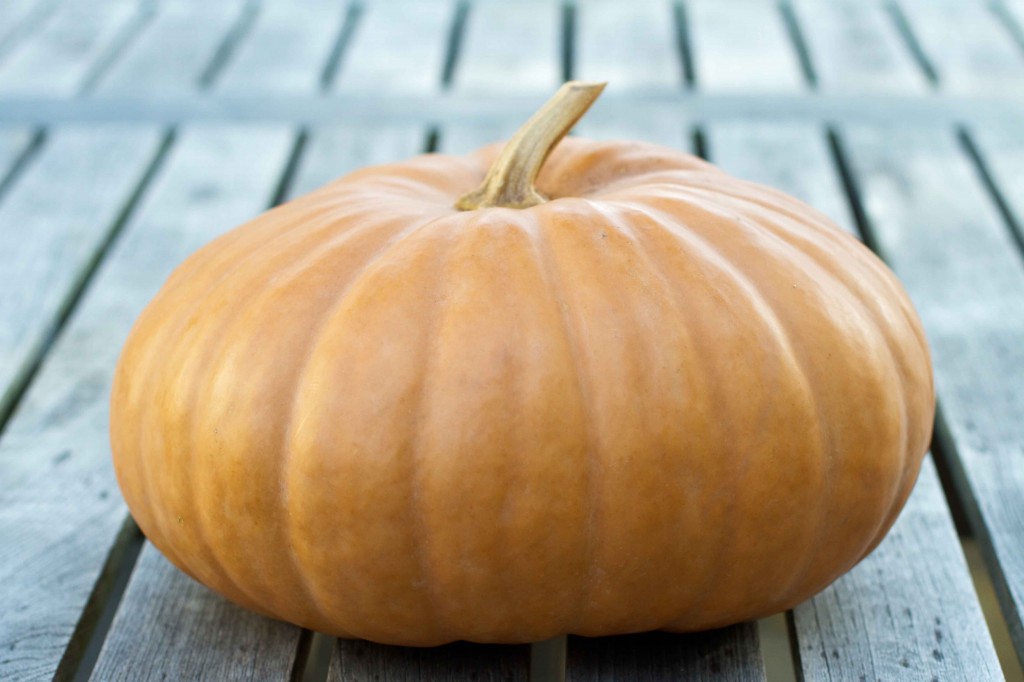 Having never cooked a pumpkin before, I took to Facebook to ask the folks if they roast their pumpkins whole or cut them up. Almost everyone advised me to cut it up first so it would cook faster and “more evenly”. But I was feeling very lazy and I don’t know about you but I HATE trying to cut pumpkins or butternut squash. I always feel like I am going to stab myself or cut off a finger. So I decided to gamble and just cook the thing whole. It was a risk because no matter where I searched online the only whole-pumpkin-cooking references I found were for much smaller sugar pumpkins. But my process ended up working out beautifully and I wanted to share it in case anyone else has a larger pumpkin they want to cook.

How to Roast a Whole Pumpkin

*My pumpkin weighed approximately 10 pounds and was about 14-16 inches wide. So you may need to adjust the time depending on the size of your pumpkin 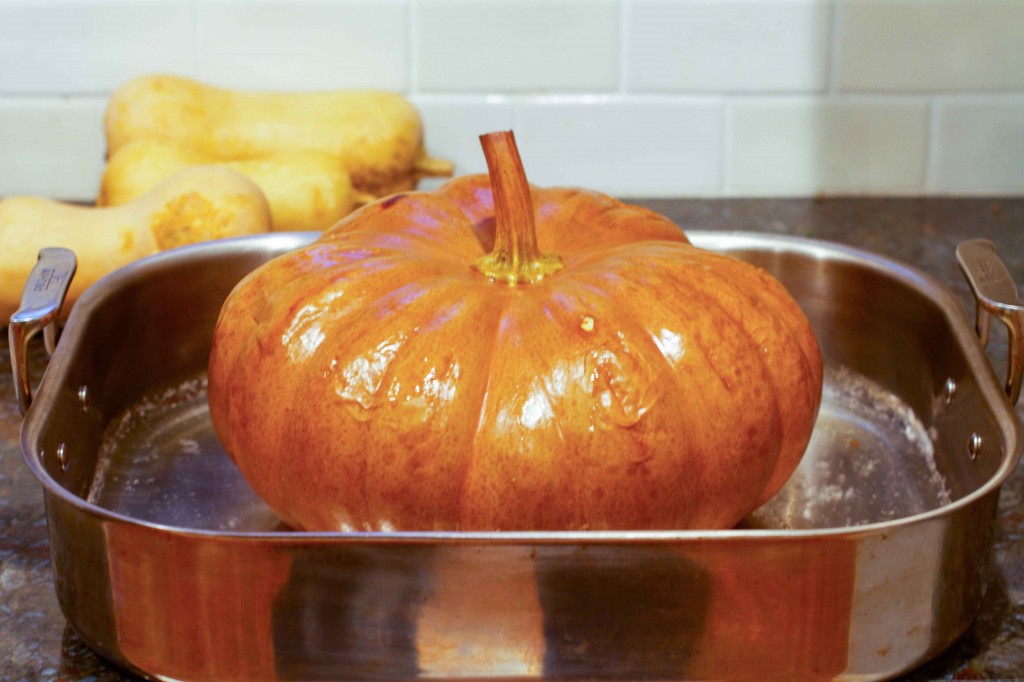 I roasted my whole cheese pumpkin on a Saturday when I was just hanging around the house anyway. So taking the extra time to cook was not an issue and it was nice not to have to battle with cutting it up prior to cooking. The pumpkin yielded approximately 10 cups of pumpkin puree! -two of these large mason jars and then about half of another one. 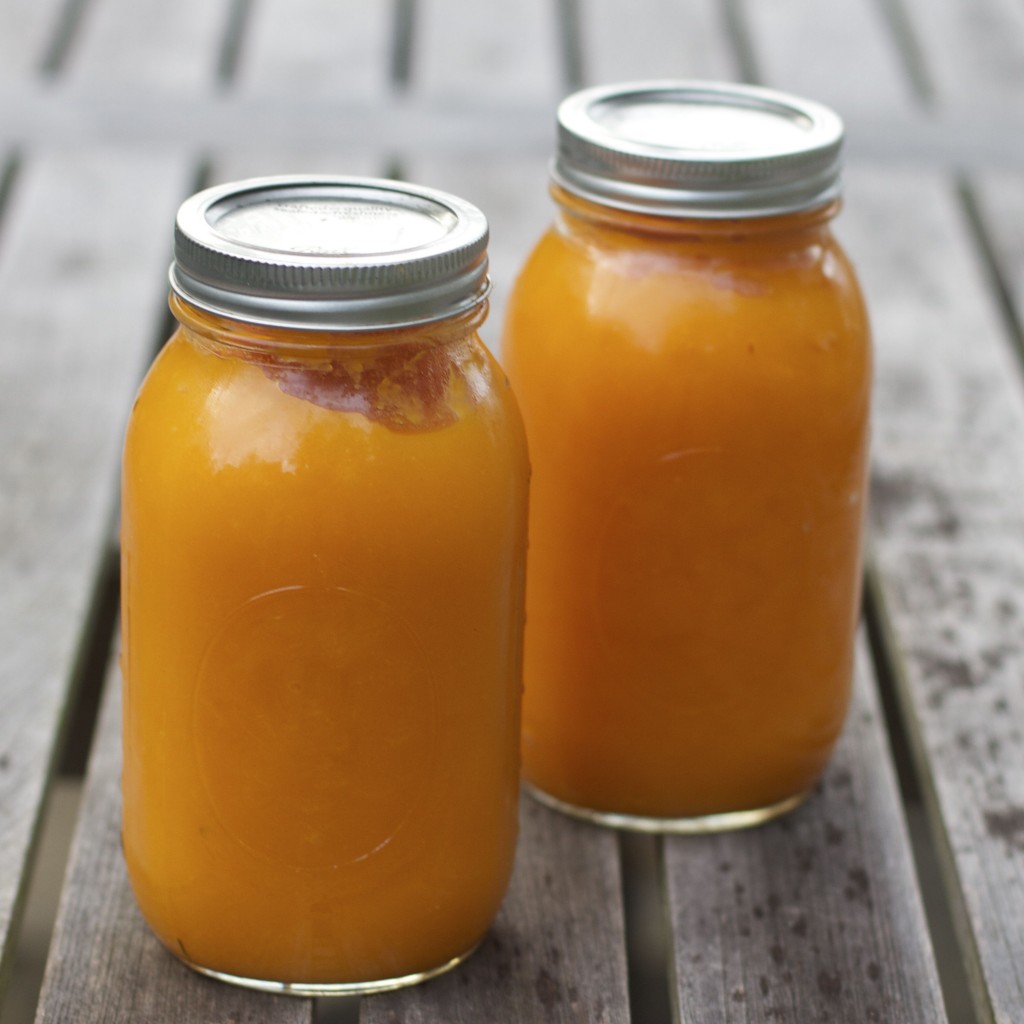 The puree was nicely sweet and very smooth and I could not get over the color. Look at the orange. The screen does not do it justice. 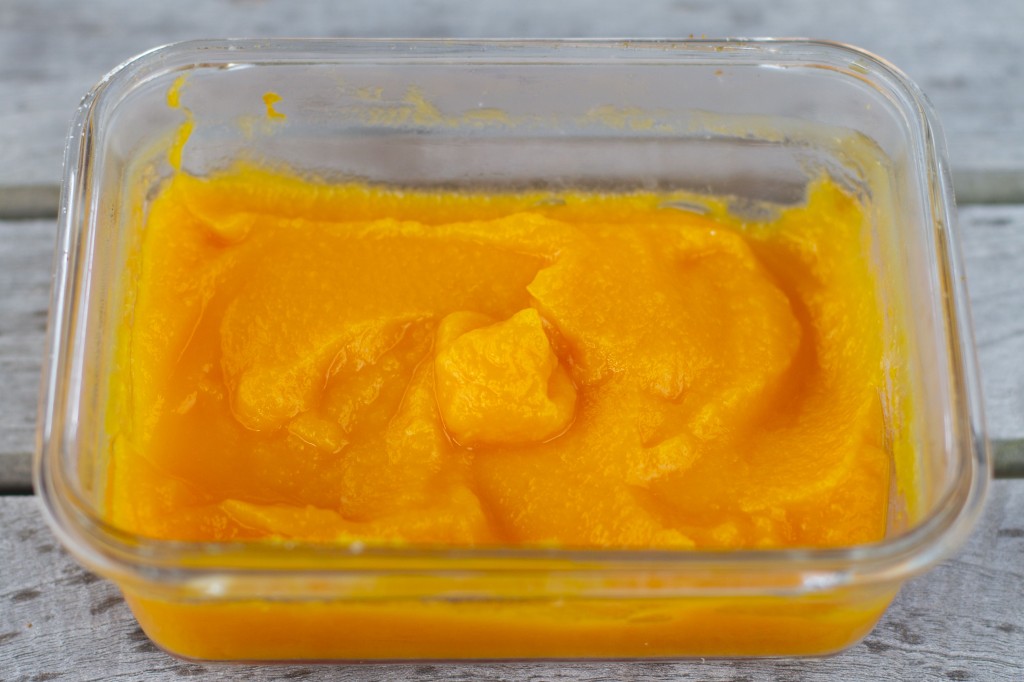 Once I had enough pumpkin puree to feed a small army, I was on the lookout for great paleo pumpkin recipes. Coincidentally, I came across several after downloading the (this bundle sale is now over) Harvest Your Health Bundle Sale a few days ago. One of the first recipes that caught my attention was one for paleo pumpkin spice lattes.

Pumpkin Spice Lattes are a favorite this time of year and Starbucks seems to have cornered the market. I admit to being a fan of Starbucks and my usual drink there is a Grande Americano with Heavy Cream (no sugar). When the fall season arrives, indulging in a Pumpkin Spice Latte a time or two is on the agenda. But, honestly, the way pumpkin spice lattes are served at Starbucks is just WAY too sweet for me. Typically, I ordered the latte with only one pump of syrup which always makes me question the wisdom of paying a premium for something and then eliminating the premium ingredients! Sigh. So I REALLY just need to make these at home and making them dairy-free would be ideal.

I found a recipe in the bundle from the book “A Paleo Pumpkin Thanksgiving”. by George Bryant. This recipe for Paleo Pumpkin Spice Lattes is easy to make, dairy-free, has a more prominent pumpkin flavor (it uses puree!) and you can adjust the sweetness to your own taste. (recipe used with permission from George, photo is my own) 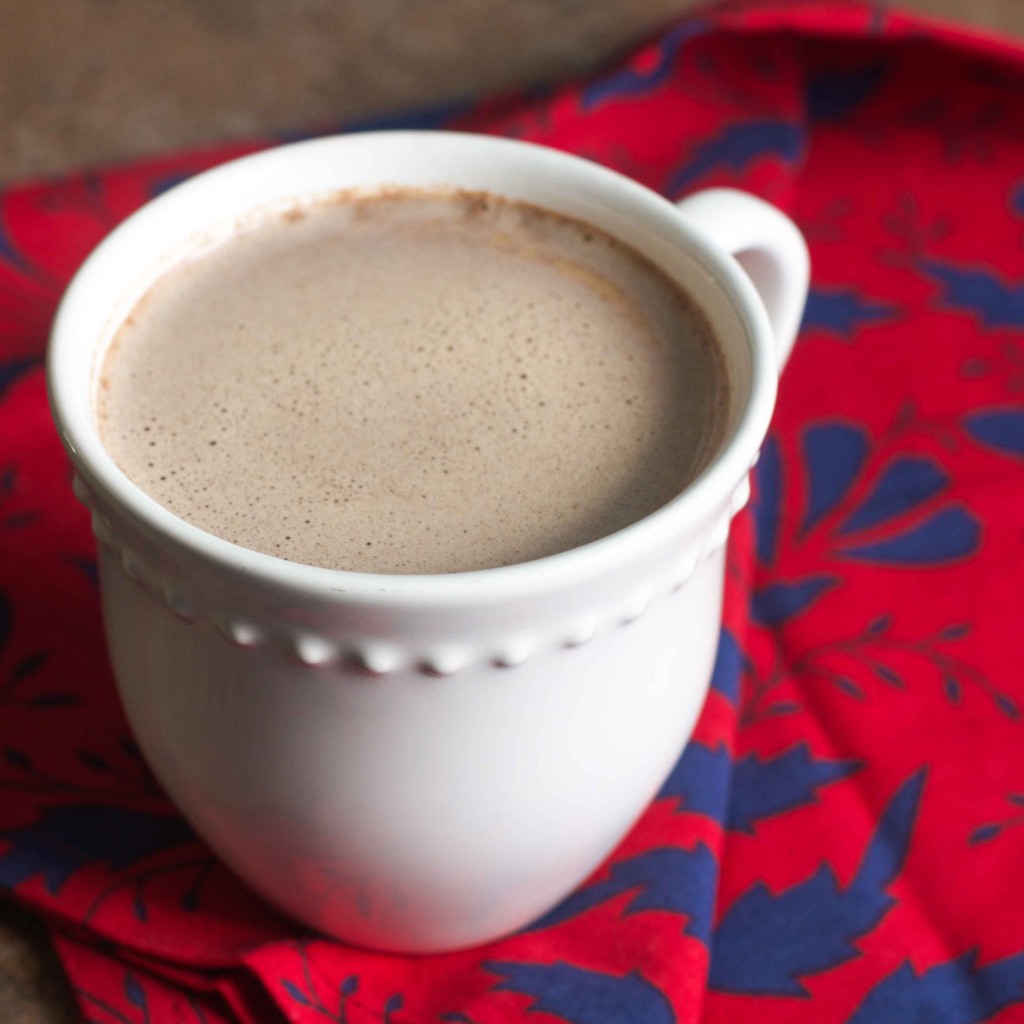 Brew your coffee or espresso. In a sauce pan heat the coconut milk, pureed pumpkin, and honey until it is bubbling and steaming. Remove from heat, stir in vanilla, cinnamon, and nutmeg. Divide between two coffee cups (or one really large one), then pour in your strong coffee or espresso. If you want to get really fancy you can add some whipped coconut cream and then the pinch of cocoa powder.

How to Make a Large Batch of Paleo Pumpkin Spice Lattes

If you are making lattes for lots of people, and have the time, you could try multiplying the recipe then heating the coconut milk, pumpkin, vanilla, honey and spices in a slow cooker so all the flavors meld together. Then just add the hot espresso/strong coffee right before serving.

So get into the spirit of the season, and save some money, by making these yourself. If you can share a paleo pumpkin spice latte with a friend that’s even better.

Happy fall! (THE BUNDLE SALE IS NOW OVER)

If you would like to see more recipes like this as well as TONS more information and discounts there’s still time to get in on the ebook bundle deal – but only through October 14th!

A bunch of folks “unsubscribed” from my blog after the email went out with the previous post on this Harvest Your Health deal. There are lots of reasons this happens. Some people may not remember they subscribed and think I’m spam. Others are just tired of getting the e-mails (perfectly understandable – I should probably move to a weekly newsletter at some point) and still others may be annoyed by the commercial nature of the post.  If you fall into that latter camp, I want you to know while I do make a commission if you purchase this bundle, I would not bring you the offer it I did not truly believe it is a terrific deal. There are a few books on the list that I have wanted for a while and the purchase price of the bundle is still less than I would otherwise have paid. And any commission I make on this deal will go toward a facelift for the Paleo Spirit website that is LONG overdue. So if you do end up purchasing this bundle I want to thank you immensely for your support!