Women of Color Going Back to Basics for Health

The recent Ladies’ Day Event, where I gave a presentation Happy, Healthy and Free, was attended by a majority of African-American women and other women of color. The information presented really seemed to resonate with many of the attendees for several reasons. After the presentation I had the opportunity to have lunch with some of these interesting ladies and find out a bit more about them. In the course of our conversations, a few things stood out as very significant and relevant to my topic of health.

One of the women at my table was Wendy. Wendy, who is 68 years old, explained how she is not currently on any medications. That’s pretty impressive given our medicated society. So I asked Wendy a few more questions to find out if there are any clues to her seeming good health. It turns out she is from Barbados. Could this make a difference? Hmmm…..

Before I tell you more about Wendy and her background, let’s first take a look at the broader problem as it relates specifically to women of color. Alice Randall, writer in residence at Vanderbilt University, and an African-American woman herself, wrote an interesting opinion piece for The New York Times this past weekend. In her article, Black Women and Fat, Ms. Randall points out four out of five black women are seriously overweight and one in four middle-aged black women has diabetes. And according to the Centers for Disease Control and Prevention, blacks have 51 percent higher obesity rates than whites. In addition to pointing out some facts and figures on disease states and obesity rates, Alice Randall delves into some of the cultural reasons that may be contributing to this situation. She points out that it is part of the cultural heritage to be bigger and that husbands sometimes revolt when faced with the prospect of their wives losing weight. But Ms. Randall advises that in spite of any cultural push against it, things need to change:

The billions that we are spending to treat diabetes is money that we don’t have for education reform or retirement benefits, and what’s worse, it’s estimated that the total cost of America’s obesity epidemic could reach almost $1 trillion by 2030 if we keep on doing what we have been doing.

During a public lecture at Harvard University recently, biologist Daniel Lieberman suggested that exercise for everyone should be mandated by law. Alice Randall was appalled and noted the applause came from a bunch of “thin affluent people” applauding the idea of “forcing fatties, many of whom are dark, poor and exhausted, to exercise.” She goes on to express her view that government mandated exercise is a “vicious concept” but acknowledges the “cost of too many people getting too fat is too high.”

Ms. Randall and I agree that government mandating exercise is not something we ever want to see. And I would further argue we do not need them meddling in telling us what to eat either. Just yesterday I saw a story about the State of Massachusetts outlawing bake sales. Yes, they did. The reason given by state government officials is childhood obesity is too much of a problem to allow bake sales to continue. As one of the Paleo Spirit Facebook fans states, “I may not eat the normal American baked goodies but faced with starvation I would choose a homemade cupcake over a school lunch any day!!”

Perhaps we can agree the government does not always know what is best for us in terms of food or exercise. But given the current desperate situation of rampant diseases of civilization plaguing many Americans, and specifically women of color, we know something must be done. But what?

Let’s get back to Wendy, the lady who takes no medications. When Wendy was growing up in Barbados her family grew their own vegetables and raised their own animals. Now, I’m not suggesting we all need to go out and establish a family farm. But when it comes to general health, sometimes going BACK TO BASICS is key! Growing up with fresh, local, whole foods and animals that are raised with care and respect is bound to give someone a foundation for life-long, healthy eating habits. Wendy explained to me how she grew up eating farm fresh eggs from their own chickens. Chickens that roamed freely, pecking at weeds, worms and other critters. 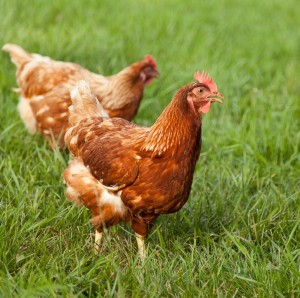 This undoubtedly resulted in eggs much higher in Omega-3 fats. The cows they raised ate the natural diet of grass. They were not crammed together with too many of their kind in unsanitary conditions, stuffed full of an unnatural diet of grains and shot up with prophylactic antibiotics. Once again this means a meat much higher in Omega-3 fats. Wendy’s family ate fresh vegetables and these more nutritious meats daily. High carbohydrate, processed foods were not part of their diet. 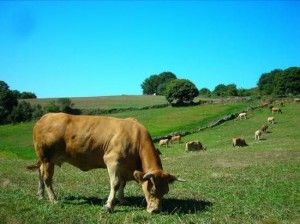 Another woman at the Ladies’ Day event was amazed that during my presentation I listed coconut oil as a healthy fat. She grew up with coconut and was thrilled to hear the validation that it is something we SHOULD be eating. Yet another lady, June, told me how she was shocked recently at a restaurant when they charged quite a bit of money for a kale salad. June pointed out that things like kale and collard greens were something that poor folk ate in the U.S. South. And she chuckled at the fact that kale has become so “in vogue”. 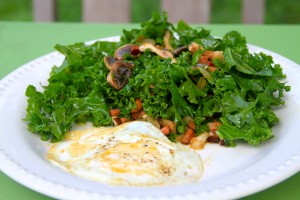 We talked quite a while about these traditional foods and how healthful they really are. I learned a lot from my short lunch time with these wise women and look forward to some interesting conversations in the future. There is a strong desire to tackle the health issues that are plaguing black women. But one of the keys may just be tapping into some of those traditional foods and ways of doing things. And this is one of the reasons I advocate the paleo way of eating – it recognizes the value in traditional foods and methods. A back-to-basics, paleo approach, if you will.

I want to hear from you! Please educate me. Do you come from a cultural heritage that promotes eating whole foods? What are your thoughts about the higher rates of some of these “diseases of civilization” in some ethnic groups and the cultural issues that may contribute?