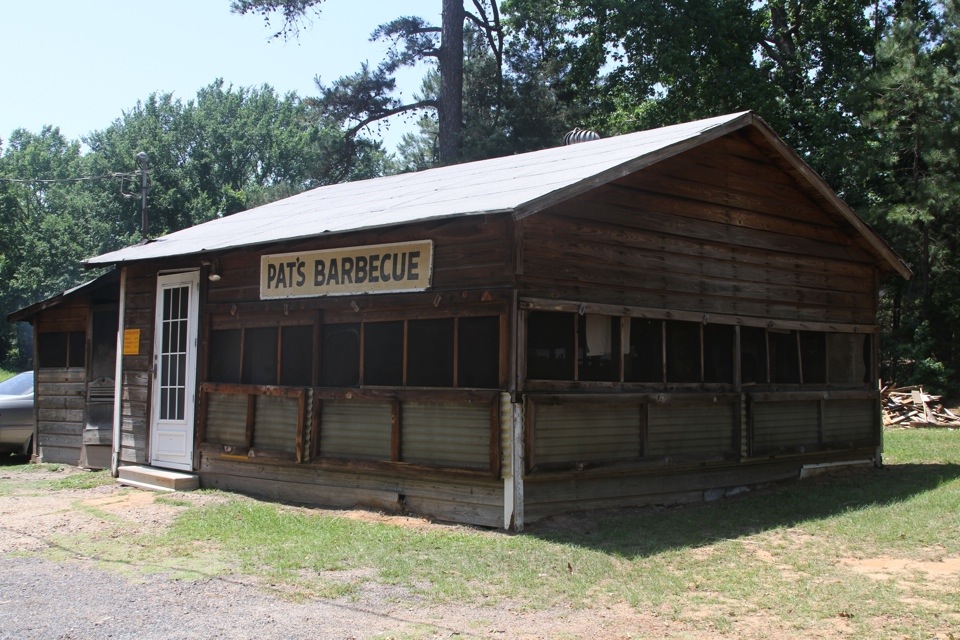 Unexpectedly back in my hometown of Tyler, Texas recently, I had the opportunity to do a little exploring. Spending time with my mother in the hospital meant missing out on her good home cooking. Given that I still needed to eat, and the hospital food left much to be desired, I set out on a quest to find some Paleo-friendly food in East Texas. I told my mom I was going out to find a barbecue place I visited almost 15 years ago. After I returned she asked if I had found the place. Rather than answer, I simply bent down so she could sniff my smokey hair. She immediately smiled and said, “Yes, you sure did!”

Pat Gee’s is not just a barbecue joint. It’s an experience.

A few miles east of Tyler, and a world away, you can find Pat Gee’s Barbecue deep in the Piney Woods. It’s not the sort of place you find via highway signs with directions. You have to KNOW it is there. A brother-in-law clued me in many years ago and I was eager to return to find out if Pat Gee’s would still live up to its reputation and my fond memory.

Pulling up to the small, wood-frame building I noted nothing much had changed in the years since I was there, not even the outhouse in the back. There was one big change though, Pat died in 1999.  But his family carries on the more than 30 year barbecue tradition.

Inside the main room, near the front door, is a fridge where you can grab your own “cold drink”.

Fly swatters hang from the counter.

The windows are screens to let the barbecue smoke out and the fresh air in. 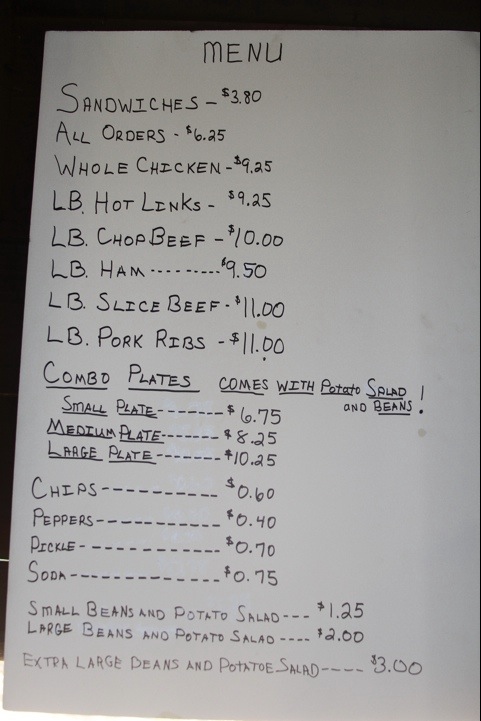 The menu posted on the wall announced my choices. My mind was on RIBS having missed out on them at “Stanley’s Famous Pit BBQ” the day before. (Stanley’s sold out of ribs by 1 p.m. – that’s how good they are!) My Paleo self would say no to the beans and potato salad. No worries though. I was at Pat Gee’s for the meat and the experience. 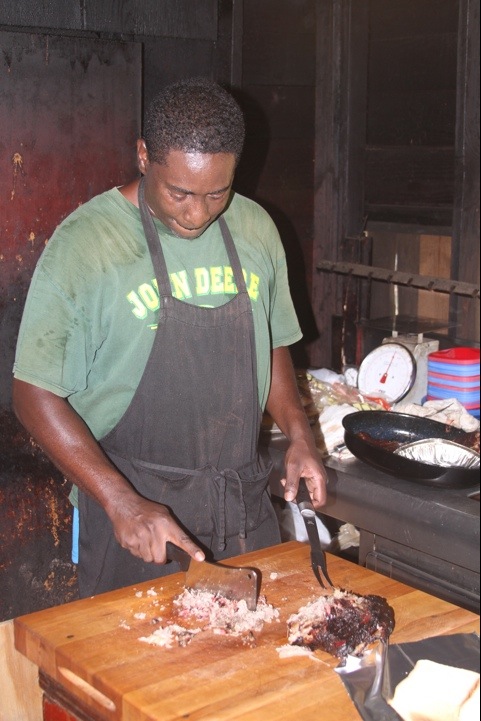 This is not haute cuisine. But since I was clearly dealing with BBQ experts I knew I was in good hands. 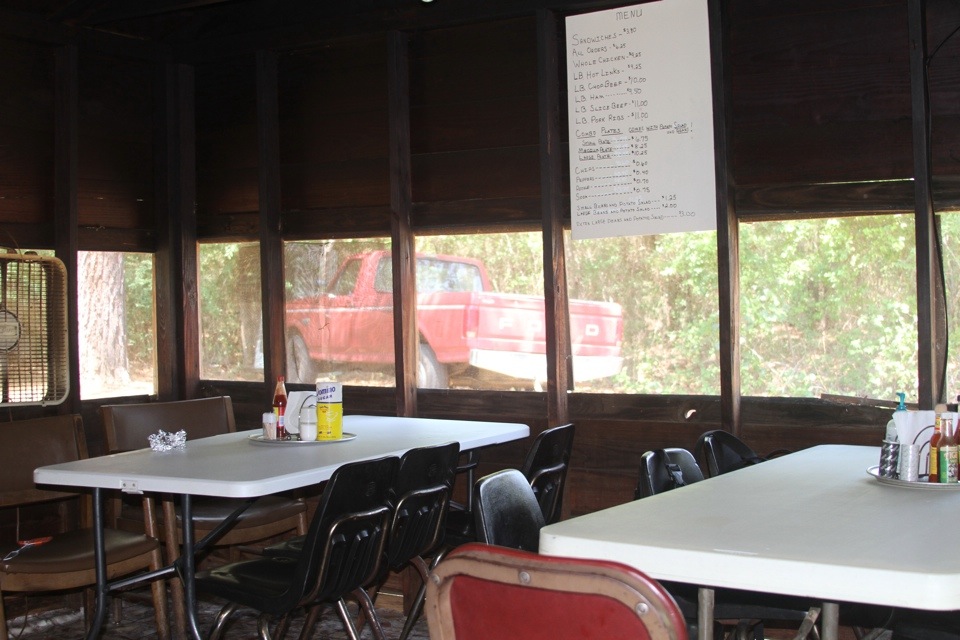 The interior is utilitarian with screens for windows. But there’s plenty of room at the large tables for some good conversation. In fact, I chatted with the proprietess, Ms. Vera, for most of my visit. Her mother had been a patient at the same rehabilitation hospital where my mother was staying. She was extremely sweet and encouraging about the prospect of my mom’s complete recovery. 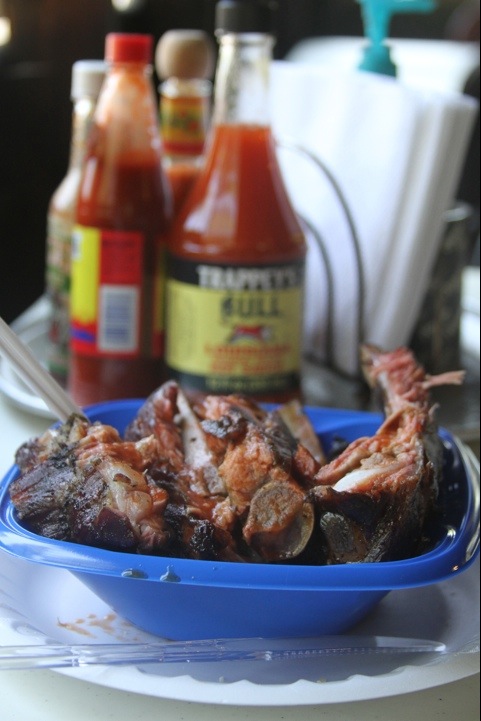 The pound of pork ribs was doused in sauce, served simply and eaten with gusto by a Texas native who lives in New Jersey (me!). My objective was achieved. I found some good BBQ at the best PLACE to eat barbecue I can imagine. And my Paleo Spirit was revived not only by the meat but by the good company. Ms. Vera told me, “I’m just really enjoying you”. Well, the sentiment was very mutual.