A few weeks ago, G and I attended the book release party for Beyond Bacon, the amazing cookbook by our friends Matt and Stacy from Paleo Parents. At the time, we were vacationing at G’s parents’ home in Ocean City, Maryland. After deciding to leave the boys with their grandparents, we proceeded to drive across the Chesapeake Bay (via a rather scary bridge*) to Virginia. Our destination was the Red Apron Butchery for a party celebrating the book release.

Red Apron is just about the coolest butcher shop ever, filled with delicious, pastured meat products and much more. 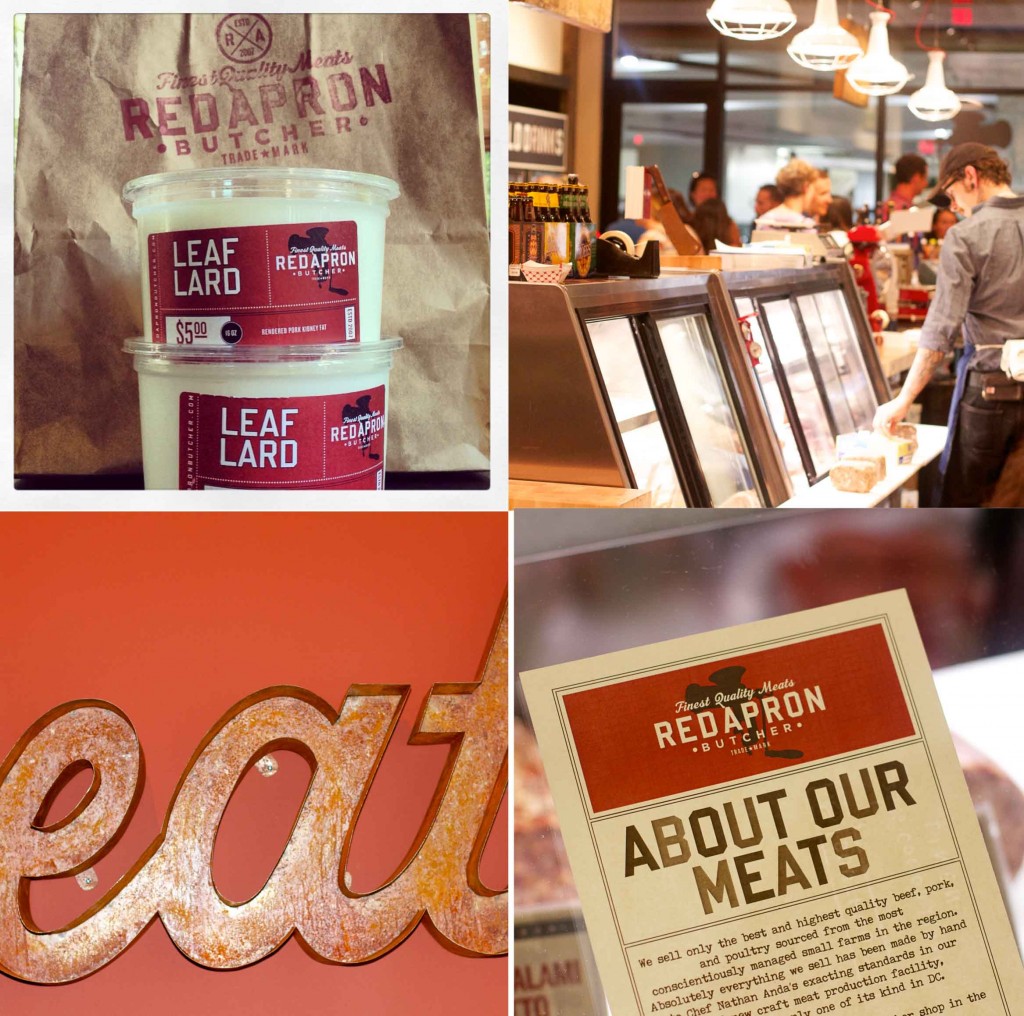 G and I enjoyed the meat-themed ambiance of the venue. Pastured pork products celebrated in abundance! Check out G eyeing me with skepticism while trying to peek at his phone. We spied a few tongue-in-cheek album cover recreations and sampled the “Original Sin” hard cider. (Don’t tell my mom. She once photoshopped out a beer I was holding in a photo because she didn’t think it was becoming. Oh Mom.) 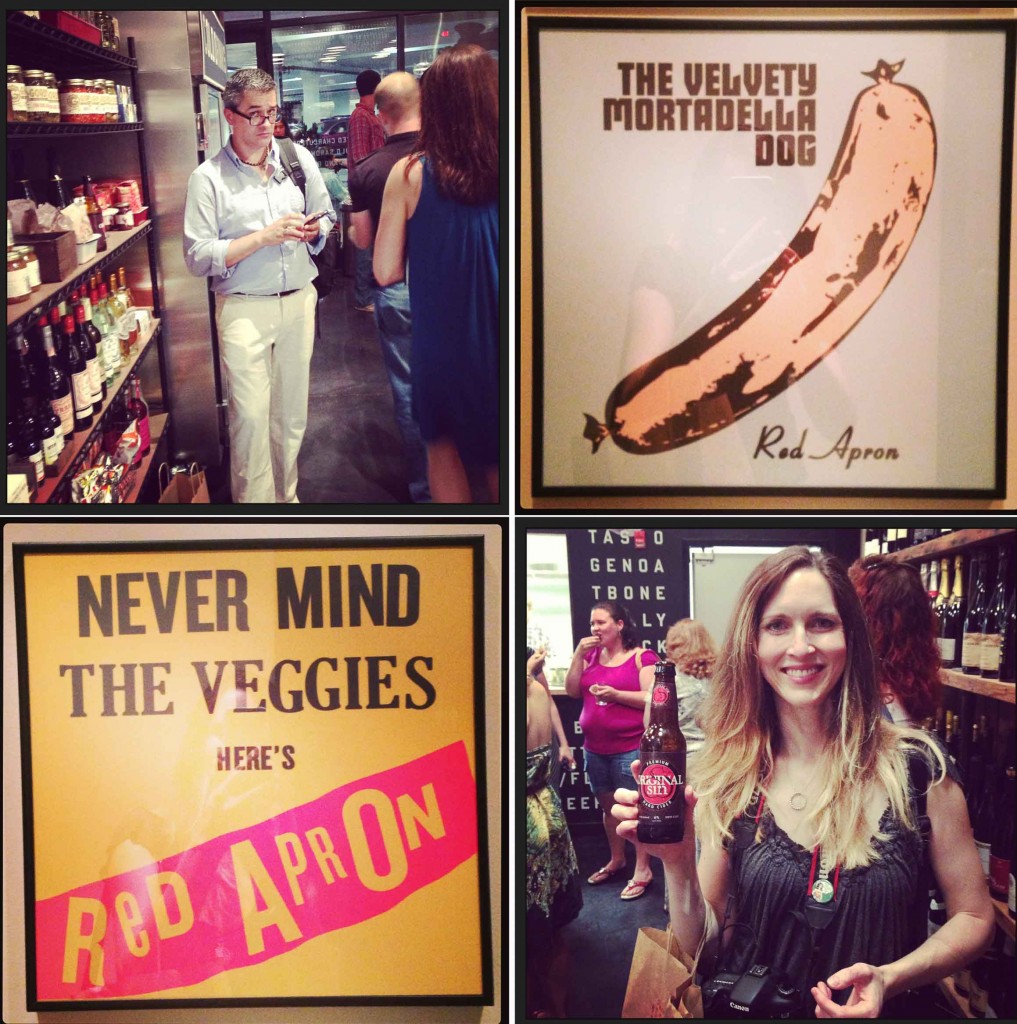 After waiting in a fairly substantial line of folks wanting to congratulate Matt and Stacy, I took my turn posing with the couple of hour. Stacy looked beautiful and glowing and Matt was quite the buff Crossfit guy. They were both justifiably proud of their creation! 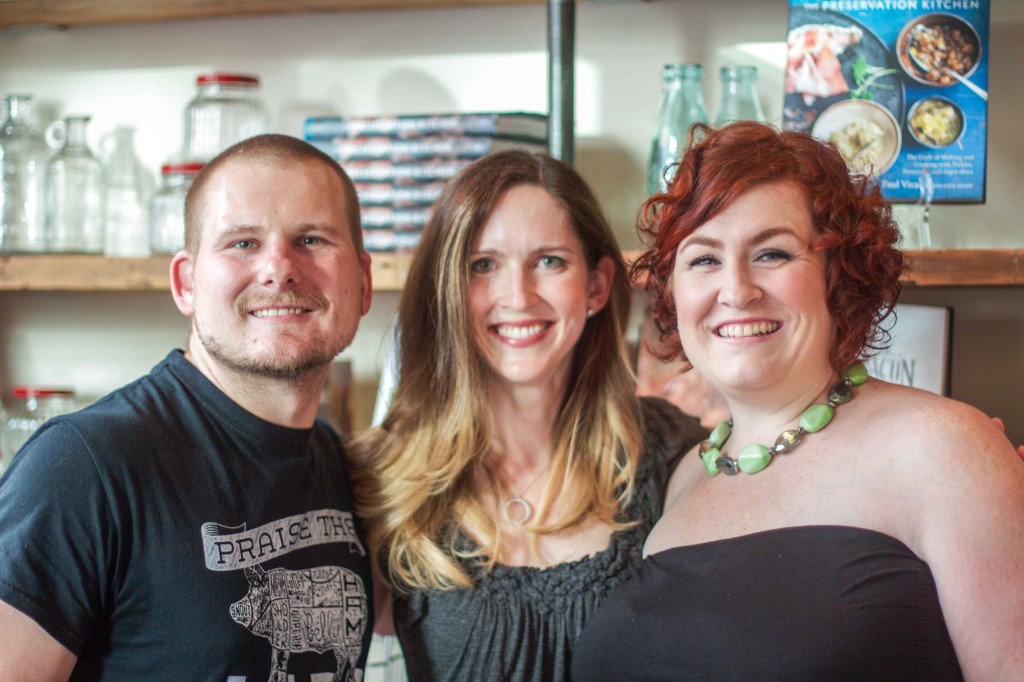 Once we got our book signed by both Stacy and Matt we dug into the food. The appetizers included things like tallow fries, head cheese (terrible name, delicious meaty treat) with heirloom carrots and all sorts of desserts from the Beyond Bacon cookbook – most of them made using pastured lard. Mmmm lard. 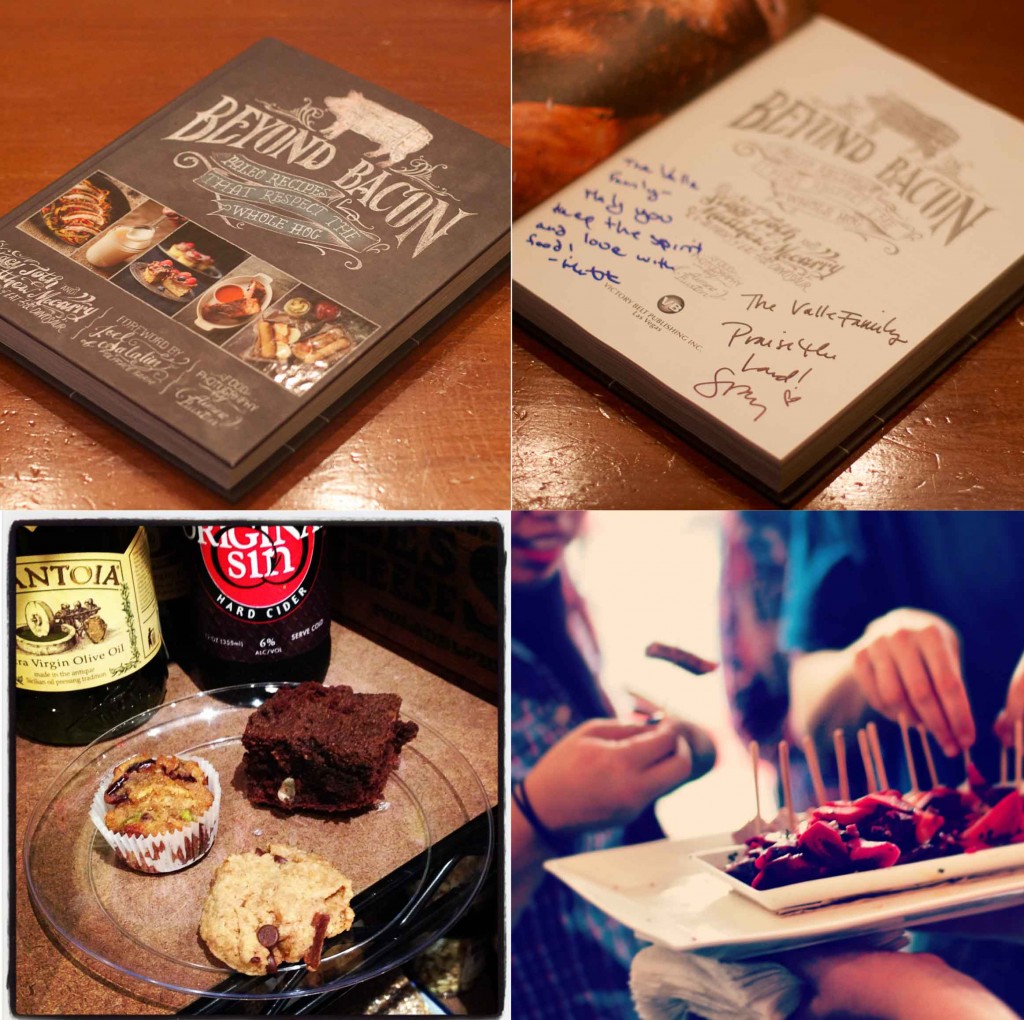 During the evening we caught up with other Paleo bloggers such as George from Civilized Caveman Cooking Creations, Russ from The Domestic Man and Sarah from The Paleo Mom.  We also got to hang out with Heather and Brent of Virginia is for Hunter Gatherers and Aimee of Aimee Buxton Photography at the “after party” at Stacy and Matt’s house. We were disappointed not to have met Hayley and Bill from The Food Lovers Kitchen. We mistakenly thought they were stopping by the house after the party so we missed our chance.  Maybe we’ll get to meet up sometime in the future.

All-in-all it was a fun evening and well worth the drive from Maryland. On our way home, we had time to do some “antiquing” – don’t tell anyone but I’m pretty sure G enjoyed it. He found some cool retro glassware and I purchased beautiful blue plates from the mid-1800s for food photography. The scenery on our drive was beautiful and we enjoyed spending time together and taking in the natural beauty of the region. 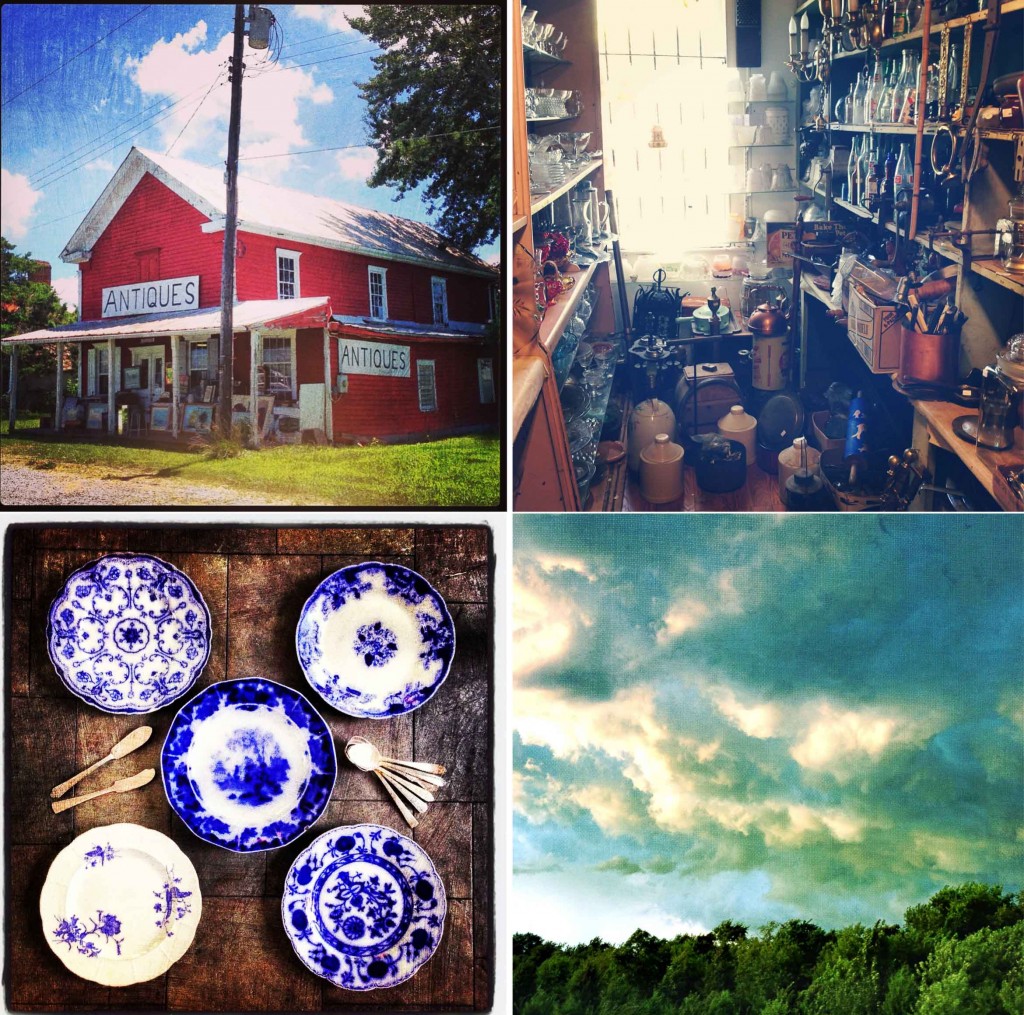 If you would like to read my review of Beyond Bacon check here. To order the book (at my affiliate link) go here.

* This was my first time driving across the Chesapeake Bay Bridge but I literally had a panic attack on the bridge. The the railings and barriers on the edges of the highway are such that you can see underneath the railing down to the water. Even though I ordinarily am fine driving across bridges of all sizes, this one REALLY scared me! And wouldn’t you know it, just a few days later there was a news story of a woman whose car was hit by a tractor trailer and plummeted down into the Bay. Fortunately, she survived and is going to be fine. But heating the news sent a chill up my spine and I felt a bit justified in my terror.