By G On 07.29.13 · 6 Comments · In Recipes, Restaurants, Shopping, Side Dish, Side Dish and Salads, Snacks, Snacks and Appetizers, The Paleo Diet 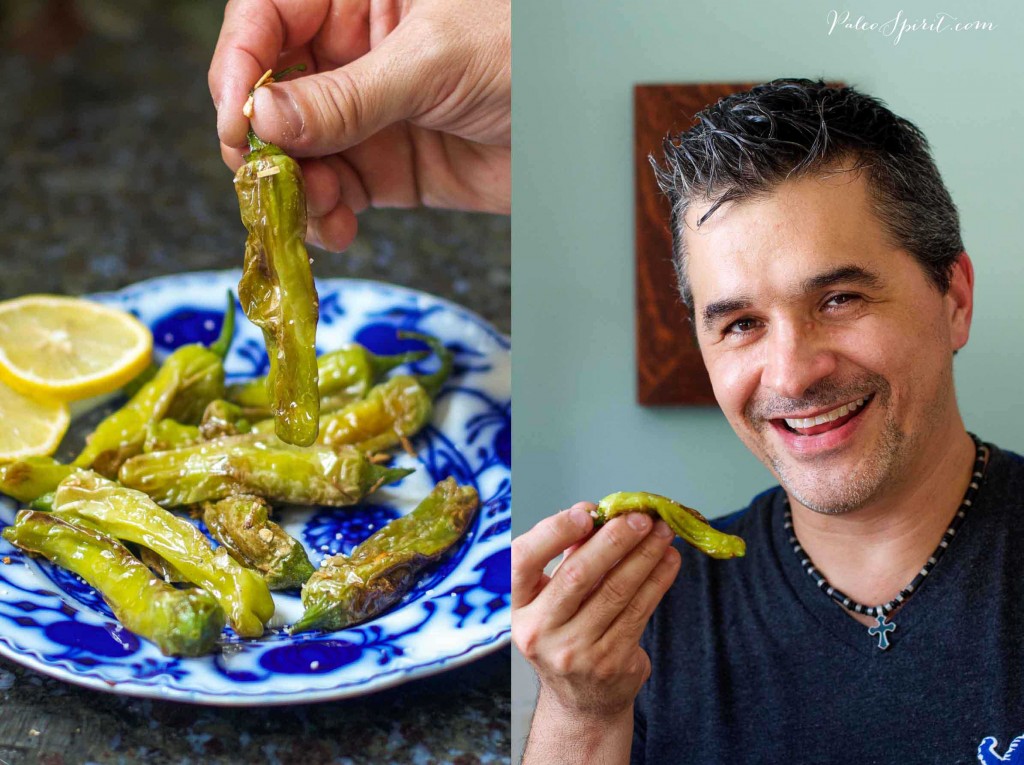 This post and recipe for Pan-Fried Shishito Peppers is by my husband G who was inspired by a young farmer at our local CSA to turn the pepper bounty from Saturday’s pick-up into a tasty appetizer. Take it away G!

What comes to mind when you hear the word “pepper”? Other than “salt,” I mean.

For some of us, it might conjure up sensations like hot, spicy, or burning. For others, it may be colors like the vibrant red of a shiny bell pepper, the brilliant green of a jalapeño, or the fiery orange of a habanero. Still others may be reminded of a country, like Mexico, the appropriately named Chile, or even…Japan? 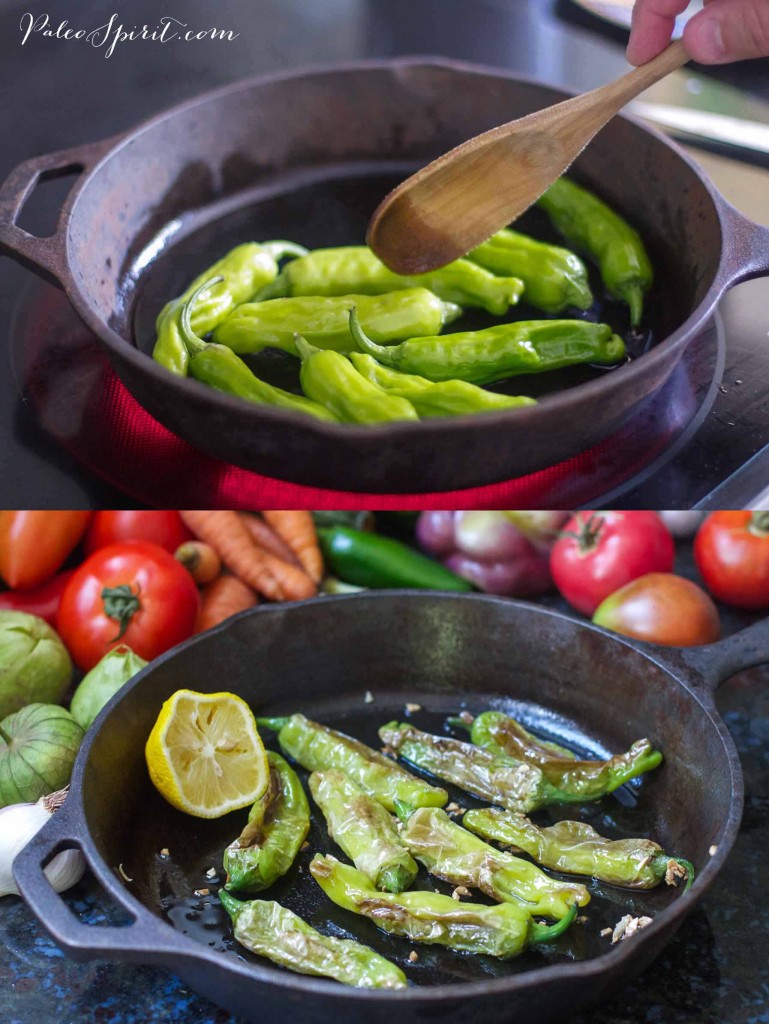 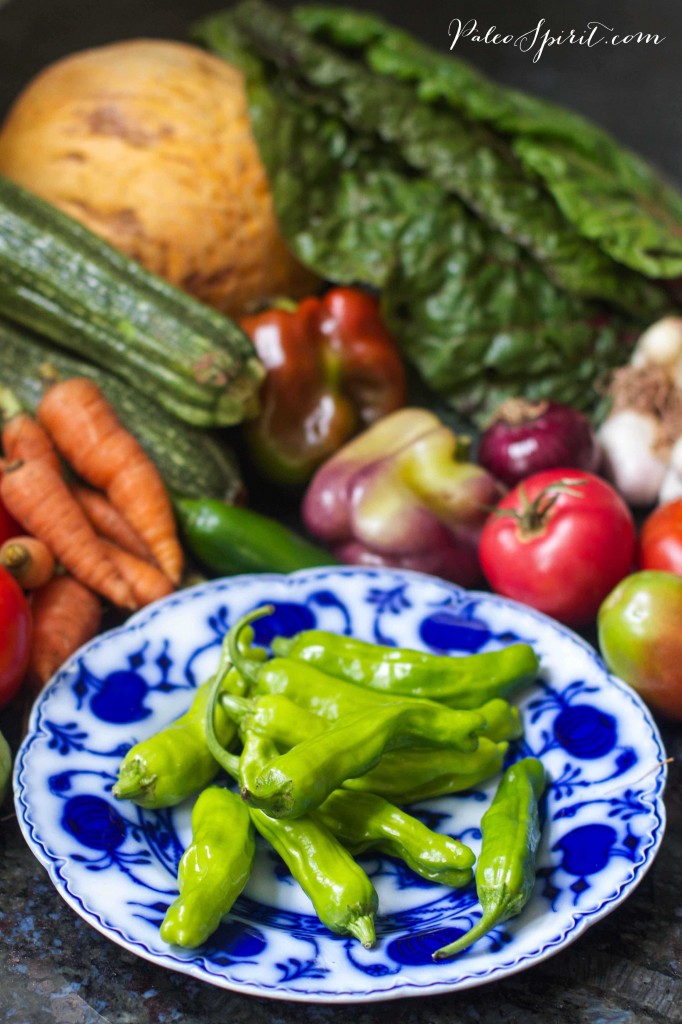 We found some Shishitos at our local CSA farm (along with all sorts of fresh and beautiful produce), and filled our weekly basket with 9-10 peppers. One of the farmers said the shishito peppers are delicious when sauteéd in olive oil and salted to taste, so that’s what we did, with minor modifications. 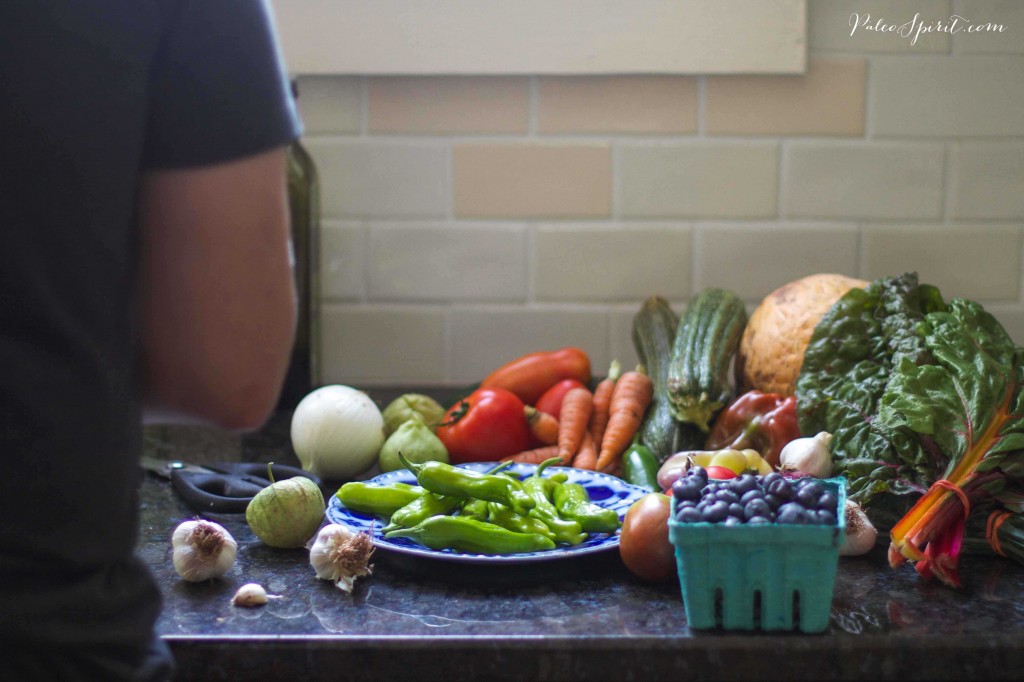 Instead of using only olive oil, we added equal amounts of leaf lard -the highest grade of lard from the visceral – or “soft” – fat from around the kidneys and loin of the pig. It lacks any real pork or meaty flavor, making it an excellent neutral-flavored cooking fat with a high smoking point. Leaf lard is particularly prized by bakers for use in producing moist, flaky pie crusts.( We used leaf lard it in this recipe because we had it on hand. But you could use regular lard given the savory flavor of the dish.) 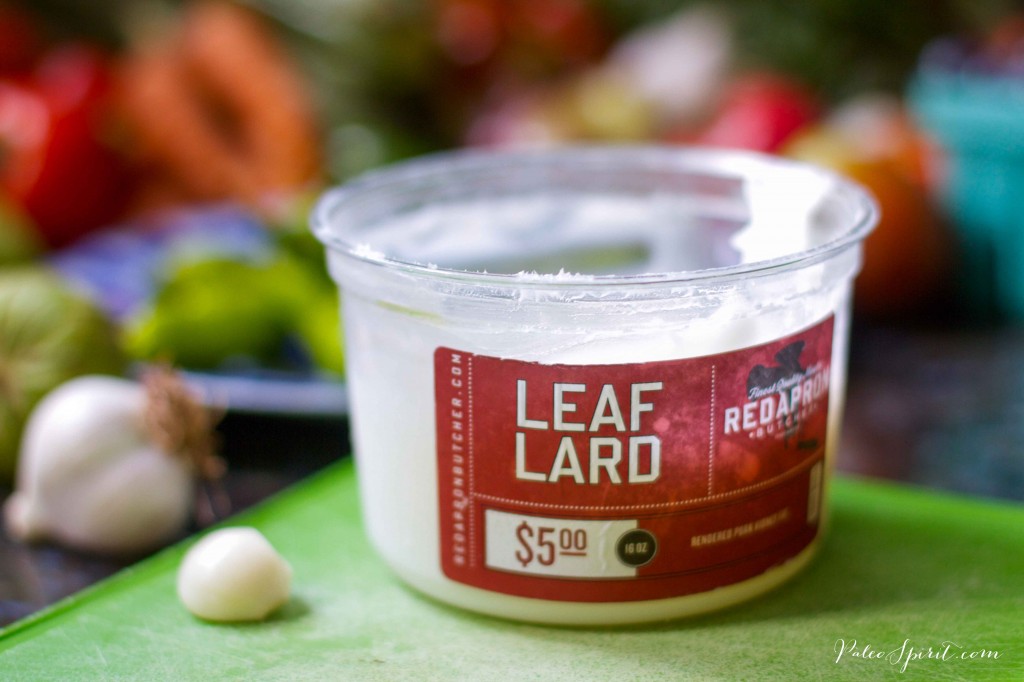 We purchased the lard a few weeks back at Red Apron Butchery during the book release party for the cookbook Beyond Bacon.

Here’s how I made this amazing paleo appetizer recipe:

To make the pan-fried shishito peppers, first, I heated some of the lard along with some olive oil (for flavor) in a cast iron skillet until hot. Next, I also added the peppers and fried them for about 10 minutes, adding in some minced garlic in the last minute, then sprinkling the finished peppers with fresh lemon juice and sea salt. The result was the perfect combination of sweet, salty, and spicy – enough to please most any palate.

Getting back to the original question, when I hear the word “pepper,” I instantly think back to memories of my Dad watching football on a Sunday afternoon with a plate of jalapeño peppers and sliced cheese. He’d eat the jalapeños whole, turn beet red, and sweat like a madman. It looked painful, but he said he enjoyed it. Funny, but he often complained of heartburn…I wonder if there was a connection? 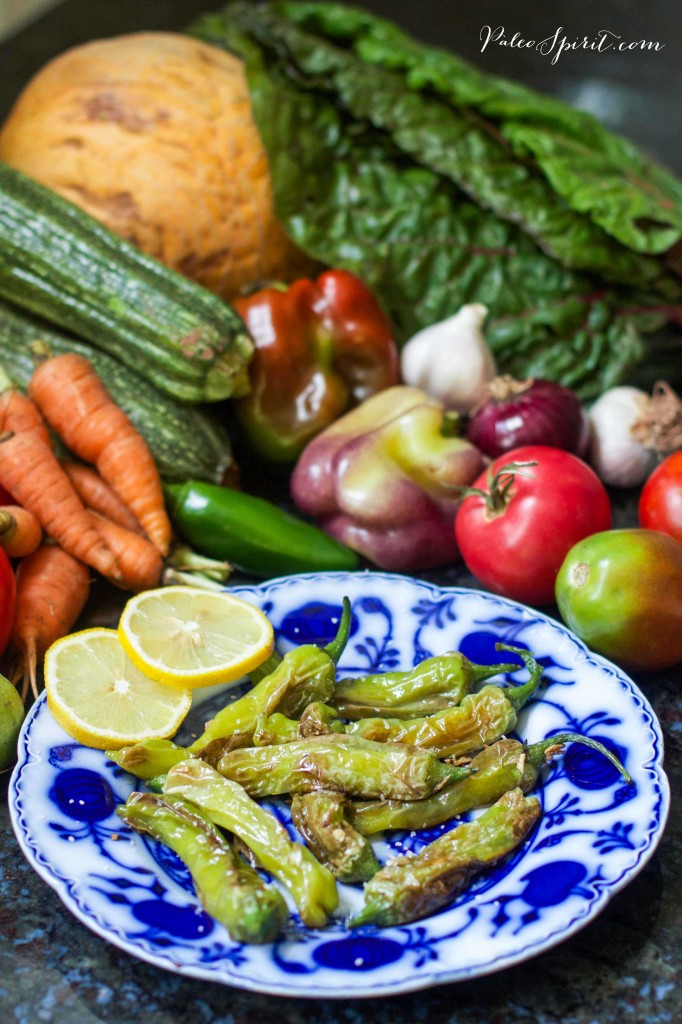 Serves 2 for a quick appetizer – double the recipe for a heftier portion or for more persons. 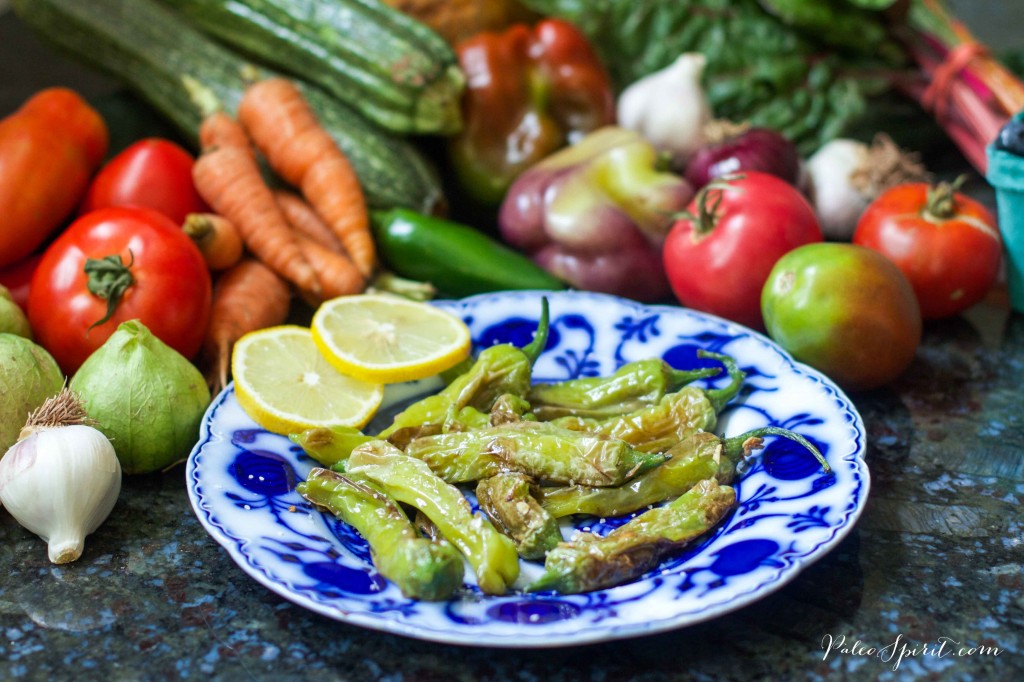 The fried peppers are amazing – it’s a perfect paleo appetizer that would go great with a gluten-free beer or one of Lea’s Fireball Margaritas (if you can take the heat!)