The spirit is willing, but the flesh is weak…VERY weak. 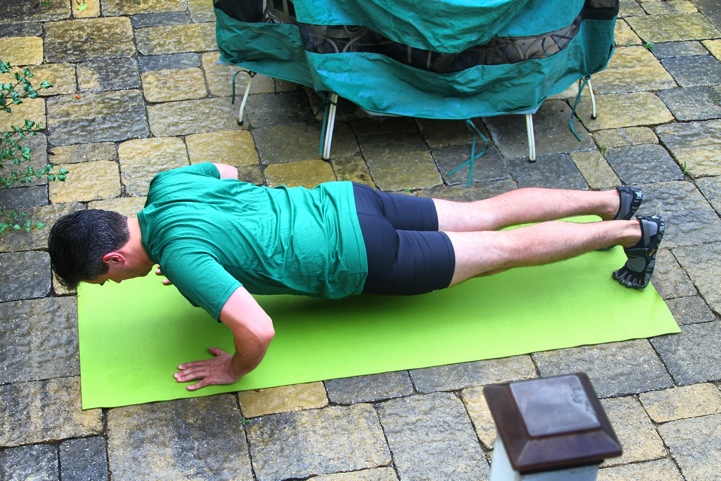 I was an athlete for most of my life. I started playing competitive sports in the 2nd-grade, and actually played Lacrosse all the way through high school and college. In fact, the team I played for in college was a top-ten ranked Division 1 team, and went to the NCAA playoffs.

Now, I don’t say this to brag…much…but simply to reinforce the idea that physical fitness is something I’m familiar with. However, since my early 30’s, the word “familiar” is an all-too appropriate description of my approach. I’ve been “familiar” with physical fitness, but I haven’t really achieved a personally satisfying level for quite some time. There have been numerous attempts to “just do it”, join a gym, knuckle under, and discipline myself back into shape, but most of those attempts were dismal failures. Luckily, I’m not obese and my health hasn’t suffered. But I am…or rather, I was overweight, and like a lot of guys in their mid-40’s, I had a tendency to sit on the couch and flip channels when I could have been out exercising.

Well, that all changed when my wife got me to “go Paleo.” Not only have I lost weight while eating tasty food like bacon, eggs, and steak, but I’ve been able to get my body back into shape by doing the things I enjoy, like hiking, rather than running on a tread mill in a noisy gym. I also learned that the best exercises for trimming and toning are the ones that you can do without ever stepping into a gym, like copious amounts of pull-ups and push-ups.

With that in mind, I began to do push-ups every day before my morning shower to get my blood pumping and shake me from my waking stupor. I started with 10 push-ups and soon progressed to 15, 20, and finally, 30. I was fairly pleased with myself, and my wife did notice some modest but definite results. Crafty person that she is, she then asked me to take the “100 Push-Up Challenge.”

My first thought was “You mean, actually do 100 push-ups?” After her curt reply which may have included something about my IQ-level, she explained the concept to me. Basically, the challenge is designed to help participants literally do 100 push-ups within 6 weeks of starting the program. Sounds crazy, right? A little too ambitious, maybe? Yeah, I thought so, too. But I started the program anyway. My wife was staring at me so I chose the path of least resistance.

After a simple initial test to see how many push-ups you can do, you’ll be classified into a category ranking based on that number and your age. This determines the number of push-ups you should do for each rep of the challenge. For example, after factoring in my age and initial score, I started the challenge on day 1 by doing 10 push-ups on the first rep, 12 on the second rep, 7 on the third and fourth reps, and 9 on the fifth and final rep. In between reps, I rested for 60 seconds. And that’s about it! Of course, the number of push-ups for each rep increases each day, so watch out! What seemed easy on day 2 may seem impossible on day 3.

I’m up to day 4, so check back this week to see my progress! And if you’re interested in taking the challenge yourself, all of the information can be found right here: http://hundredpushups.com/ 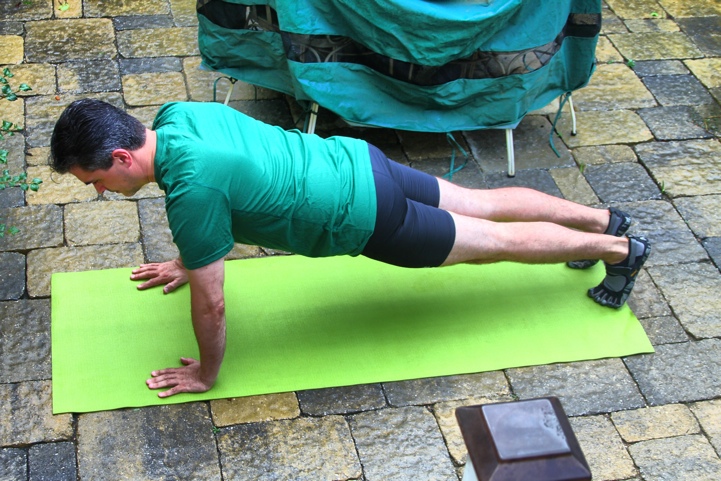