I took my youngest son, SP (stands for “Sweet Pea” or “Stink Pot” depending on the day), for a jaunt into New York City yesterday.  We left early in the morning which meant we would be having breakfast, lunch and dinner (and dessert) there.  We started out at Starbucks where SP had a decidedly non-Paleo Sausage & Egg Sandwich. 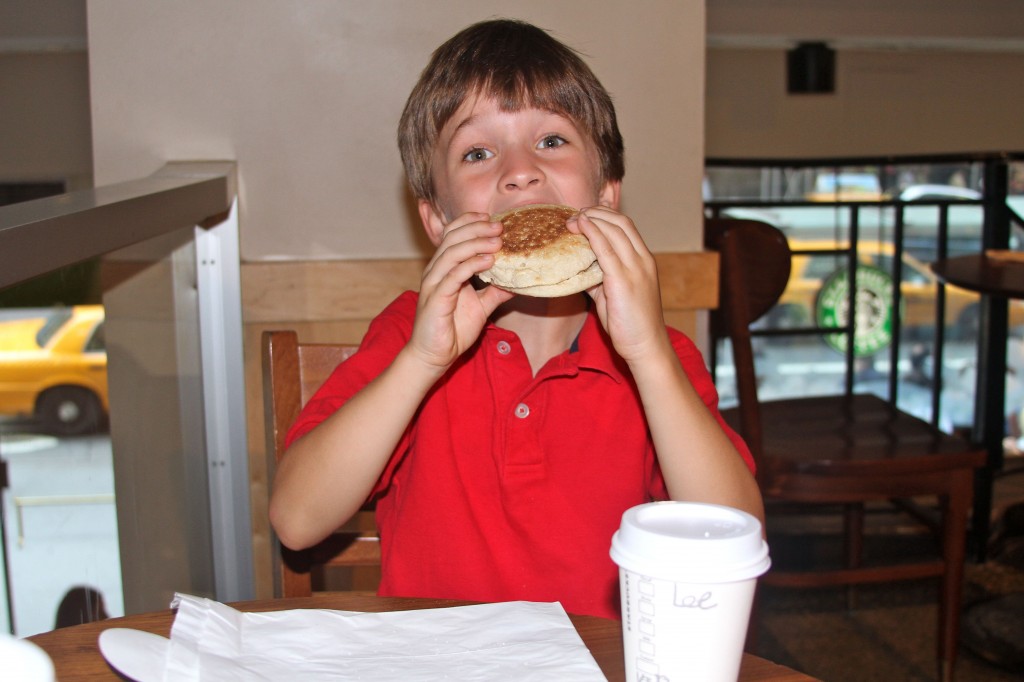 I ordered a Grande Americano with heavy whipping cream.  I have had bad luck asking for a Grande Americano with “heavy whipping cream”.  Either I end up with “whipped cream” (fail) or they interpret “heavy whipping cream” to mean LOTS and LOTS of cream.  Sigh.  Prior to discovering the Paleo thing I used to drink lattes with either 2% or whole milk.  But now when I go to Starbucks, or similar coffee shops, I generally order an Americano.  An “Americano” is basically a shot, or shots, of espresso topped with an equal amount of boiling water.  I personally prefer the taste of an “Americano” to brewed coffee because it has a richer, crisper flavor.  The addition of heavy whipping cream ensures that there is little to no carbohydrate in the drink.  The taste of the coffee with the richness of the cream means that I do not miss the sugar.  And having ditched my fear of fat I am able to drink the Americano with a clear conscience.

After our trip to Starbucks we decided to take advantage of the beautiful day by spending the morning in nearby Madison Square Park. 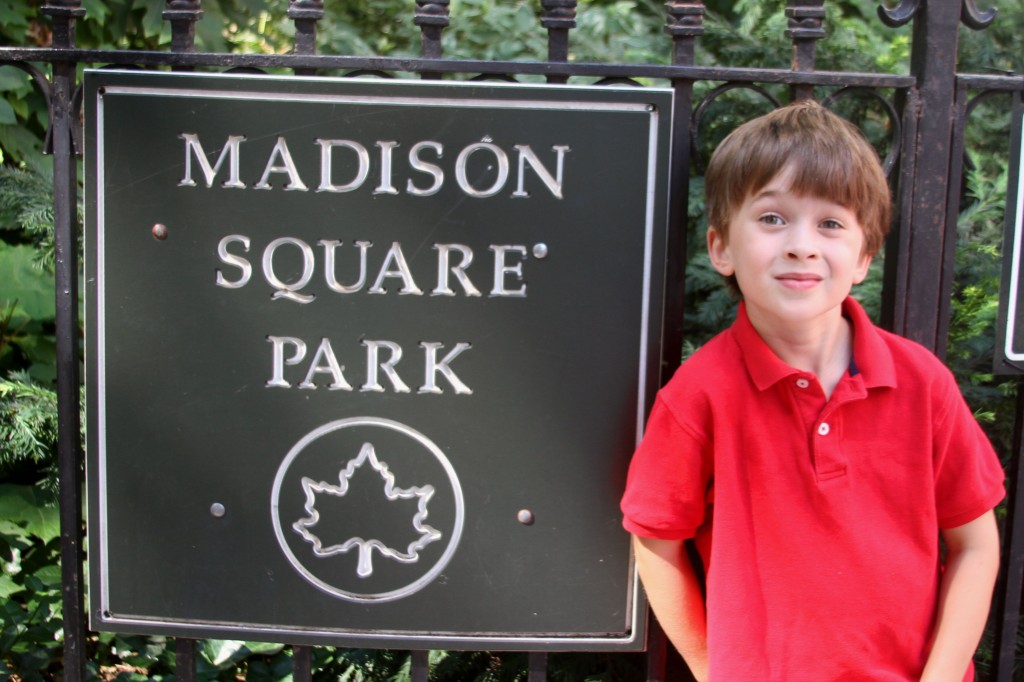 The park features free concerts for kids on Tuesday and Thursday mornings in the summer.  We were lucky enough to see a concert featuring Moona Luna. 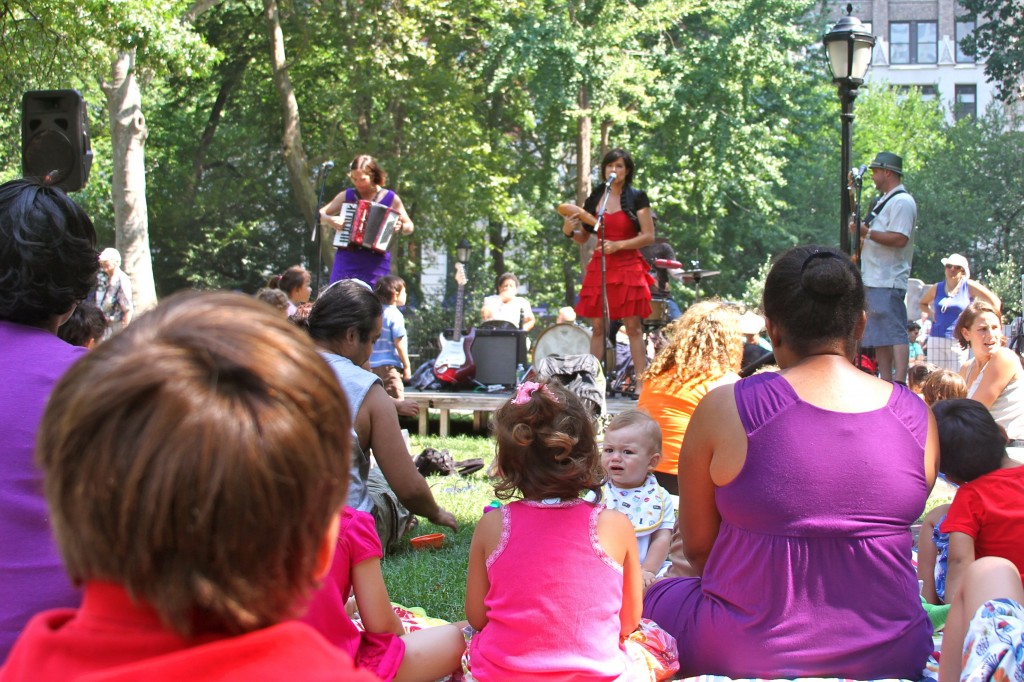 They were QUITE good and elicited lots of jumping. 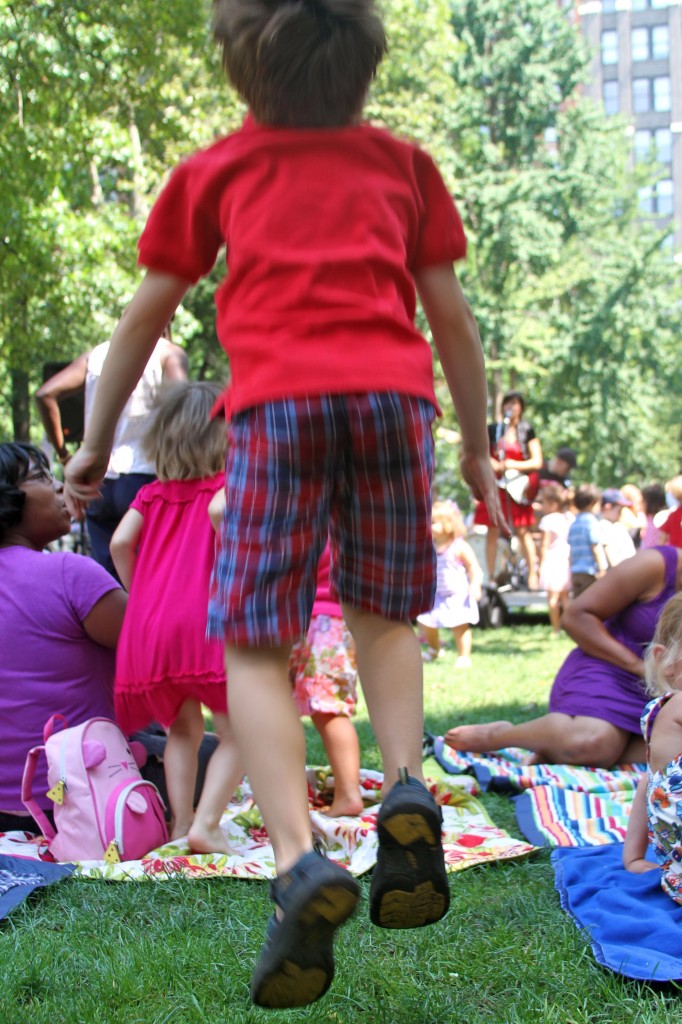 We also got to see Jaume Plensa’s sculpture “Echo” while in the park.  The installation is 44′ high and was quite impressive, especially with the Empire State Building in the background!  “Echo” is a white fiberglass resin work inspired by the Greek mythological nymph Echo.  She could only utter other people’s thoughts but not her own. (The mythological character, not the sculpture.  That would have been creepy.)  The massive scale of the work is supposed to draw parallels to Echo’s origin as a mountain nymph.  The work is in the park through August 14, 2011. 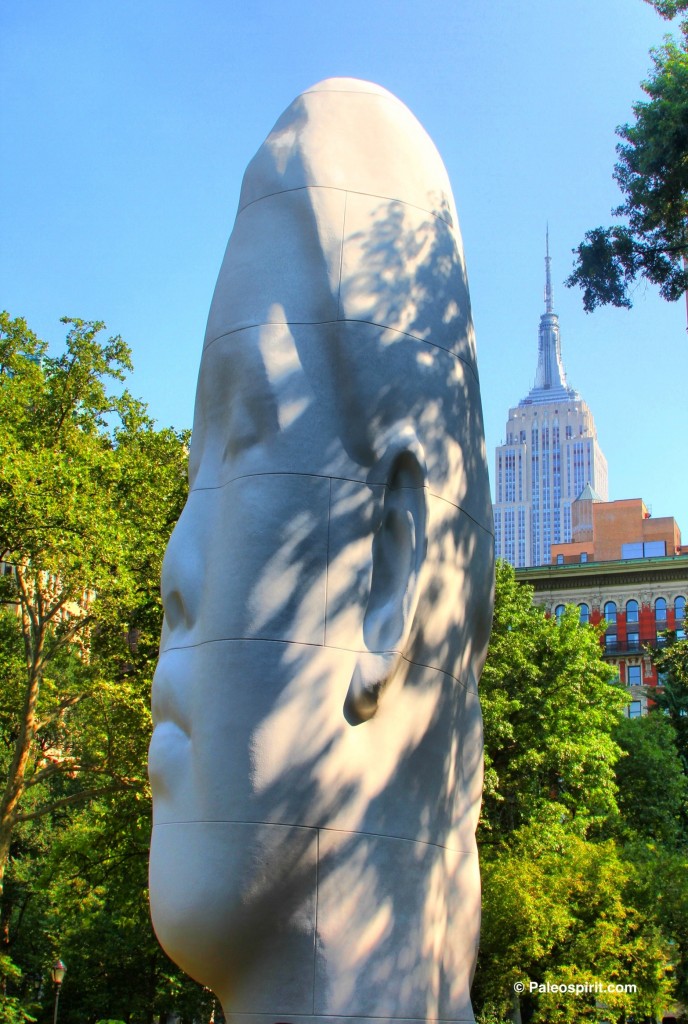 We spent a little time at the playground in the park enjoying the sunny day. 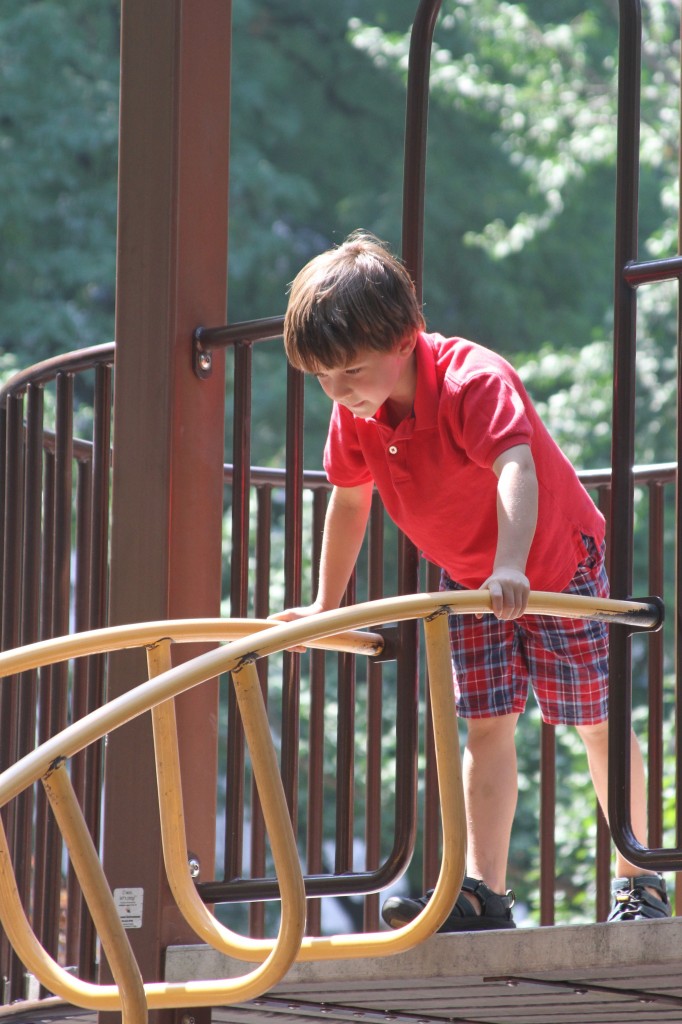 And then it was time for lunch at….drumroll please….SHAKE SHACK! 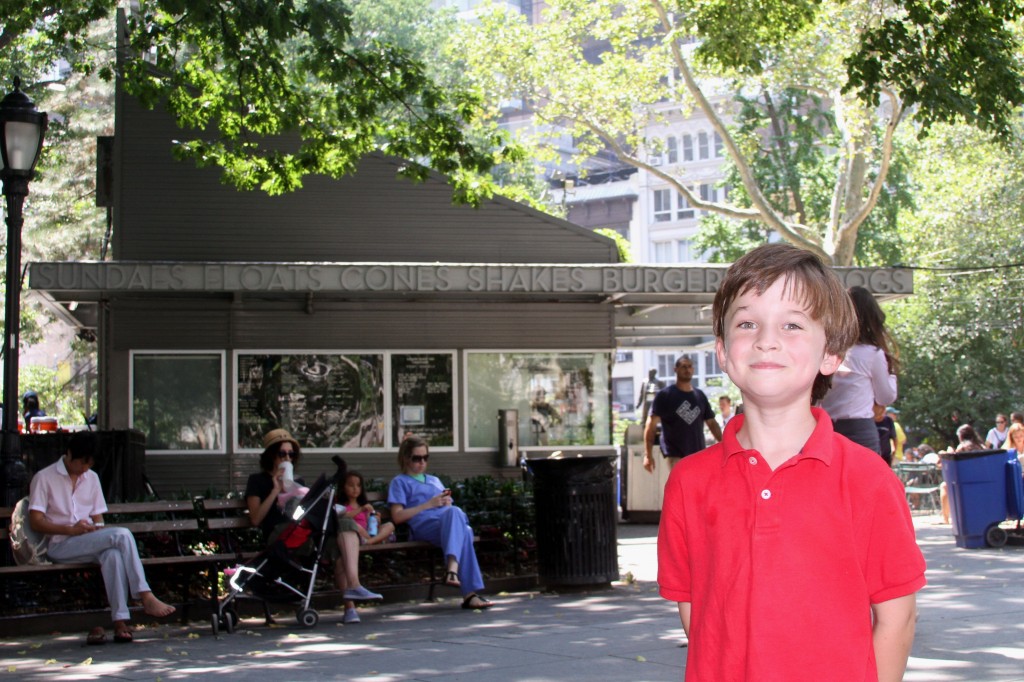 You might be asking yourself how one could stick with the Paleo Diet at a place called Shake Shack.  Well, little SP definitely did not stay Paleo.  He also felt the need to taunt me with the chocolate shake during the entire meal.  (Note the second straw which I will admit I DID use to sample the shake.  My willpower was not quite strong enough to resist that one.) 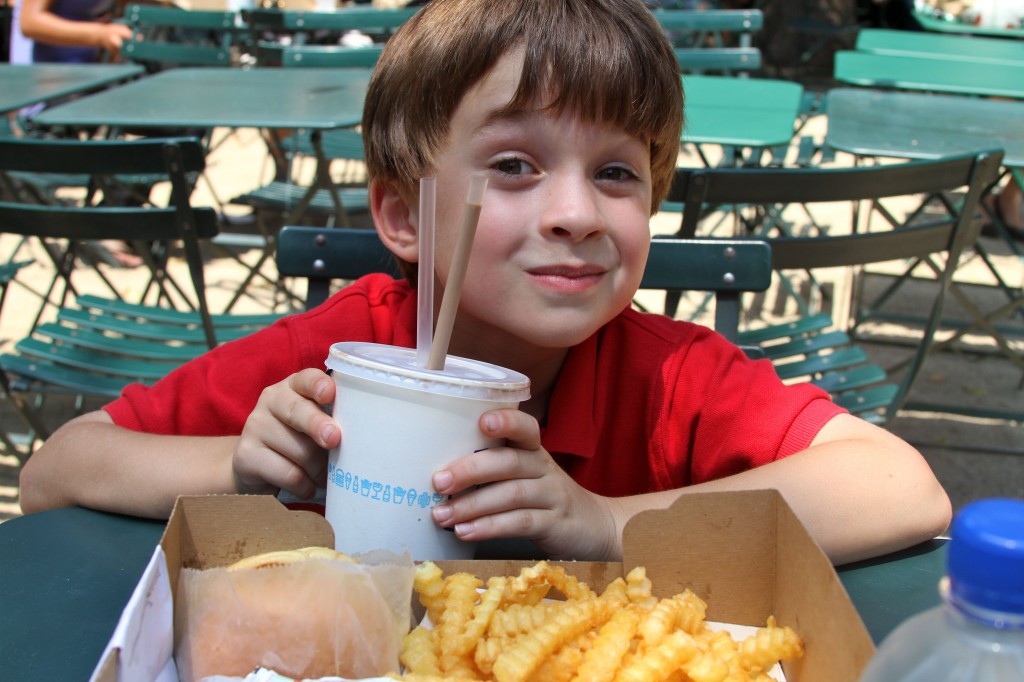 The sip of chocolate shake notwithstanding, I was able to otherwise remain “Paleo” for the rest of the meal.  Shake Shack has good comprehension of the whole gluten thing so I was able to order a bunless, double burger with lettuce, tomatoes, pickles and onions. They asked me specifically if I had an allergy to gluten and put it into the order ticket (as you can see in the photo). 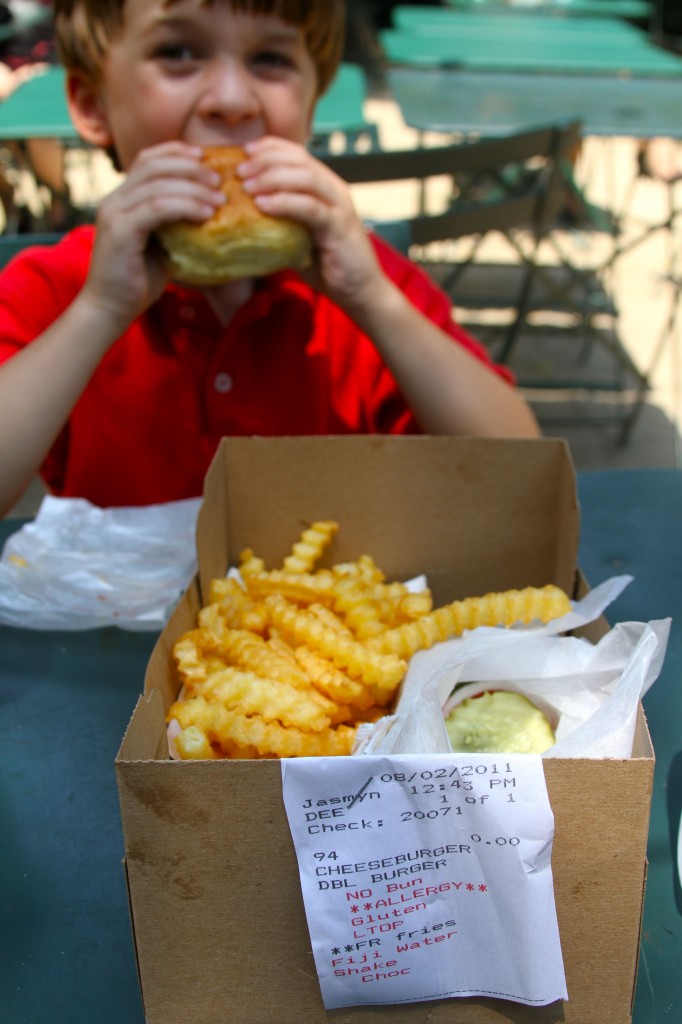 The organically raised Angus beef that Shake Shack uses was amazingly tasty.  Their concern for customers seeking to remain gluten free was also very impressive.  I highly recommend Shake Shack at its original location in Madison Square Park in NYC or any of their other locations.

After lunch we took a trip to the top of the Empire State Building and then met up with G for dinner.  Stay tuned for future episodes of “Paleo And The City” for our experience at Zerza Mediterrano and Babycakes Bakery.

3 Responses to "Paleo and the City: Madison Square Park"