In love with LOVEBEAN Fudge

While back in my home state of Texas for the Paleo FX Symposium – Theory to Practice in Austin, March 14-17, I encountered LoveBean Fudge.

It was a magical meeting. (The symposium was good too….) 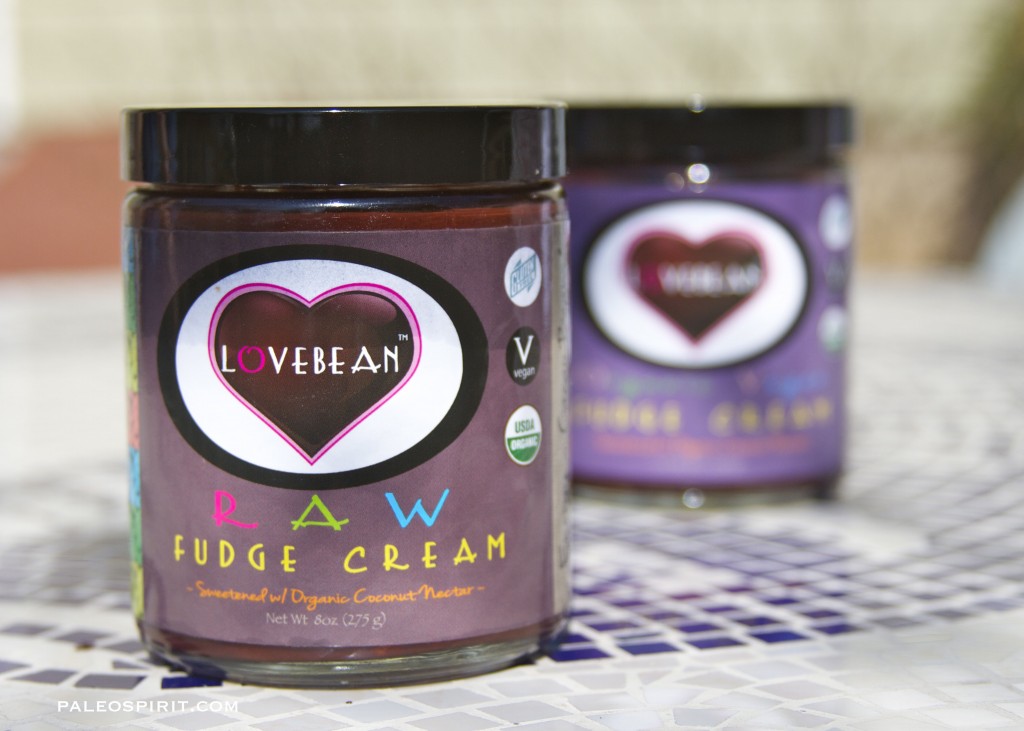 The husband and wife team behind LoveBean are huge believers in high-density super foods. Together they have created some chocolate products that are really nutritious and absolutely delicious! One thing that caught my attention about LoveBean Fudge is the fact it is made with organic coconut nectar instead of evaporated cane juice. I have used coconut nectar or coconut crystals in several recipes, such as Paleo Coconut Cream Pie and Paleo/Primal Chocolate Cheesecake. I even use it in my popular Paleo Pancakes recipe. Coconut nectar/sap is very low glycemic (GI of only 35), is an abundant source of minerals, 17 amino acids, vitamin C, broad-spectrum B vitamins, and has a nearly neutral pH. Some may argue there is not much difference between cane syrup and coconut nectar. But even if the insulin response to either form of sugar is largely the same, I would choose coconut nectar for the added nutrition and the unique and delicious flavor.

Here’s Sweat Pea eating some LoveBean Fudge. Hmm. Funny but he doesn’t seem to notice the insulin response! (And BTW Austin DOES rock.) 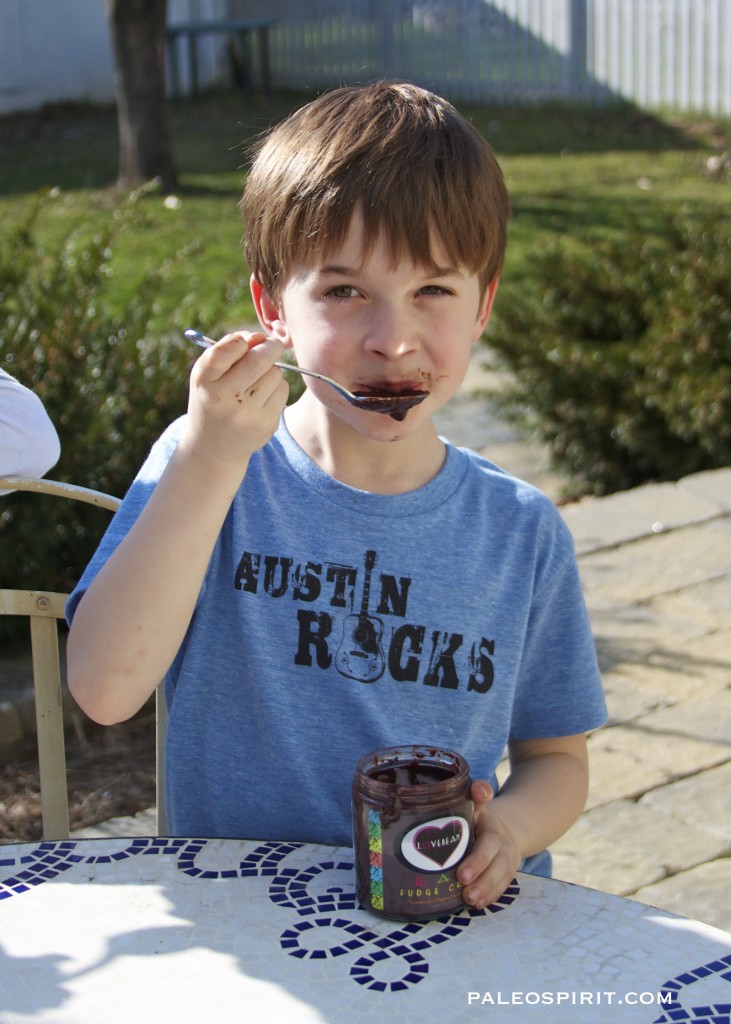 Several of my fellow symposium attendees bought jars of LoveBean Fudge to take home. Unfortunately, the ones who tried to stow it in their carry-on luggage likely had it confiscated by the TSA. This was the case with my traveling companion who sadly lost her opened jar when going through security. (Sorry, Kelsey!!) Fortunately, she was able to enjoy some of it during the trip by eating it slathered on a banana at breakfast. 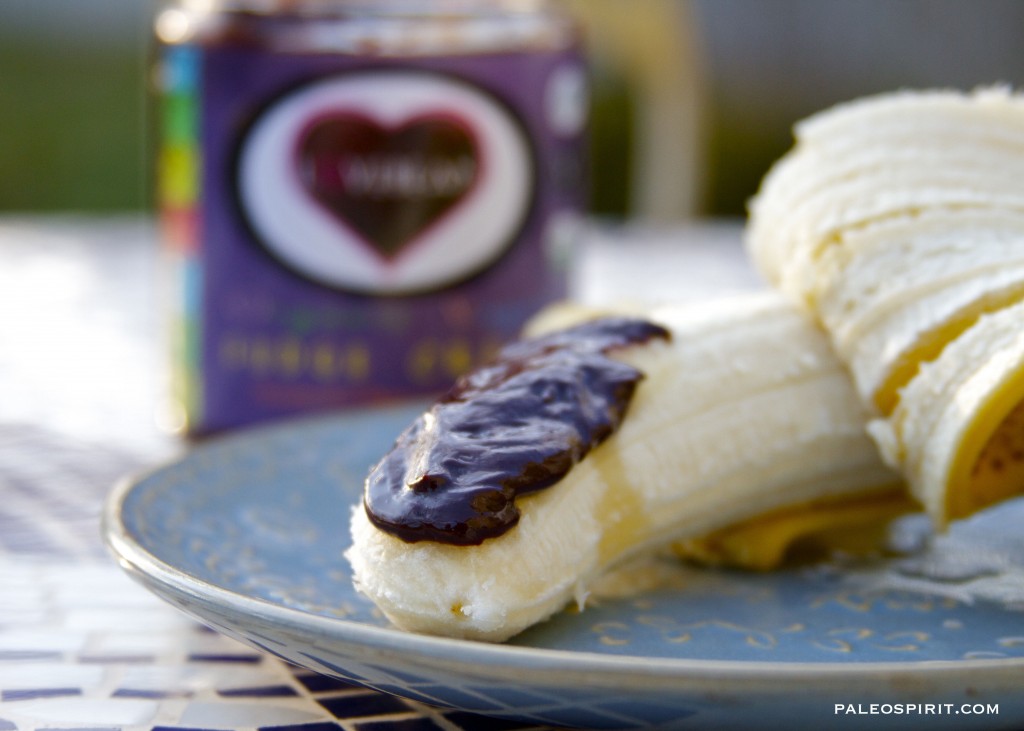 I managed to get both jars home to my boys in my checked bag. As you can see, they were rather pleased. 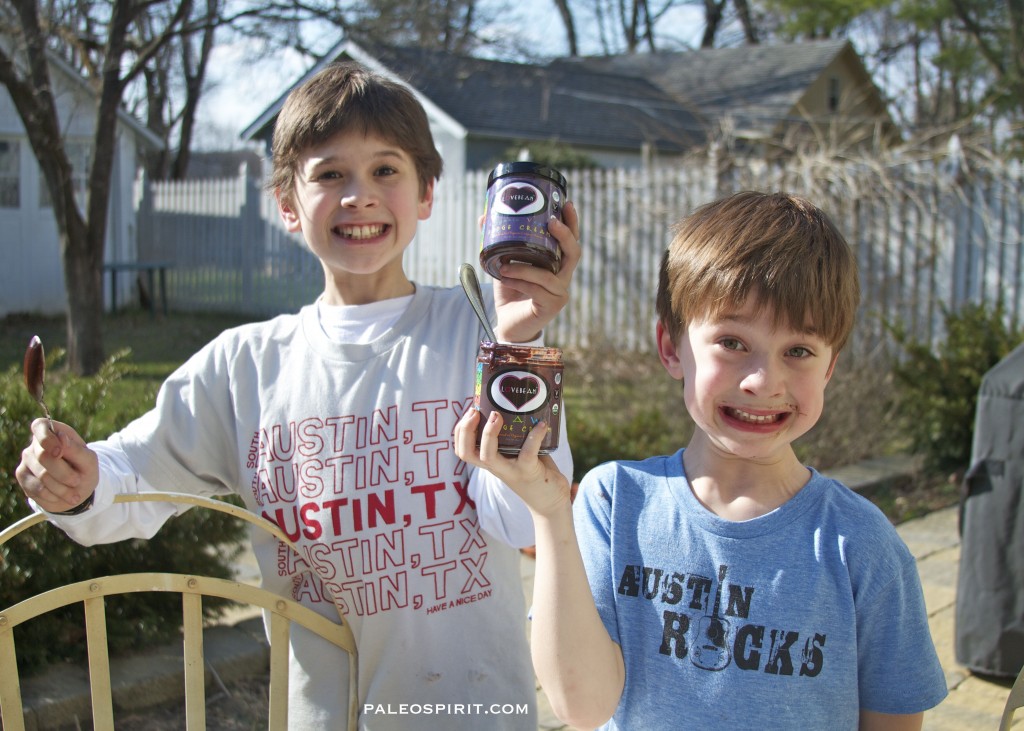 The LoveBean Organic Vegan Fudge Cream has: Organic Evaporated Coconut Palm Syrup, Organic Extra Virgin Coconut Oil,  Organic Coconut Milk, Organic Cacao Powder. It has been heated somewhat which is why it does not qualify as raw. The regular Fudge Cream, which includes coconut milk, is also creamier and somewhat sweeter than the raw version.

Even though I prefer the LoveBean Raw Fudge Cream, the regular fudge cream may be more what people expect when they choose to eat a fudge. Heating it up ever-so-slightly makes for a soft, pourable topping. 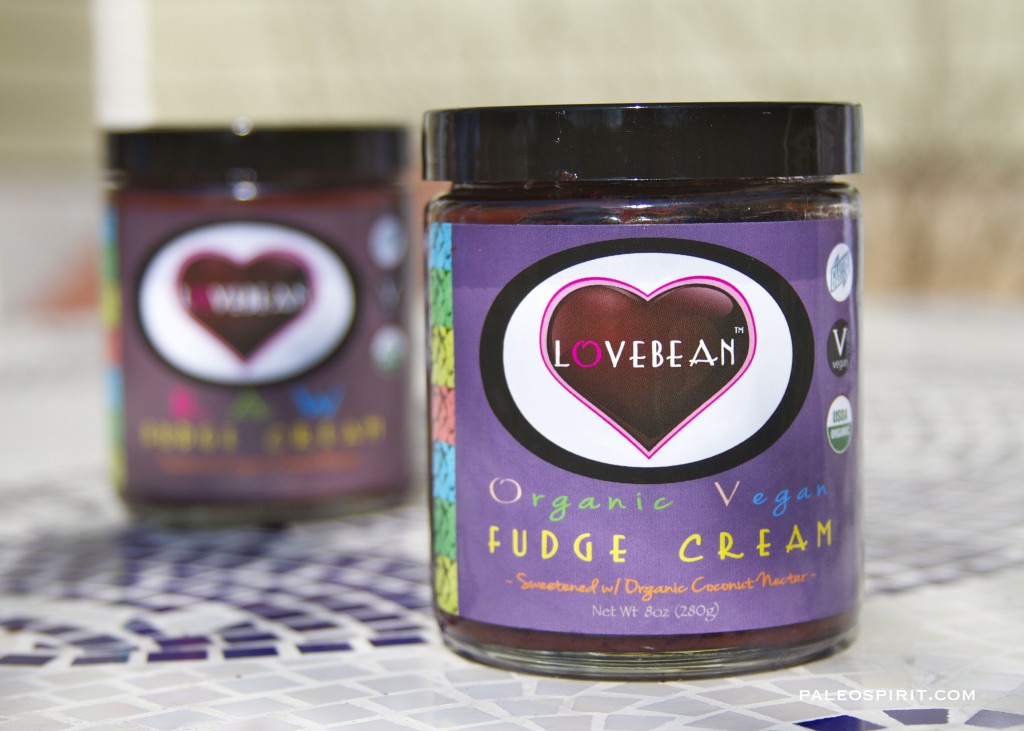 From what I have heard from my fellow paleo peeps on Twitter, several of us lost weight on our trip to Paleo FX. This is sort of odd considering how much great food exists in Austin, TX. But we were very busy with the symposium all day, everyday, up late at night and then up early in the morning. Some of us participated in several physical activities too which could be an explanation. One thing I know is this gives me an extra excuse to indulge in a little more LoveBean Fudge than I might otherwise. I’m not complaining!

Your family will thank you…. 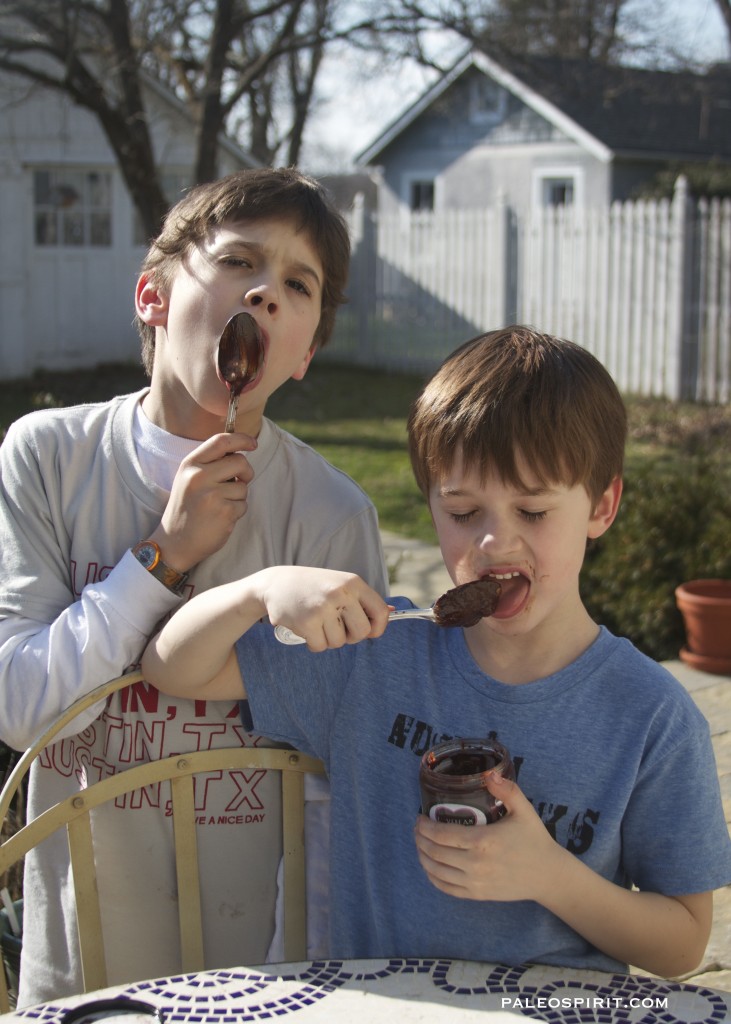 7 Responses to "In love with LOVEBEAN Fudge"