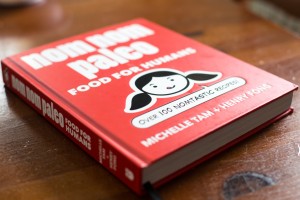 I was eagerly awaiting the arrival of this book for several months. Michelle Tam and her husband Henry Fong have created a unique guide to eating and living Paleo that’s both comprehensive in scale and very fun to read.

As a fan of Michelle’s blog Nom Nom Paleo, I have enjoyed and admired her recipes for quite some time. Beyond the fact that both of us are food bloggers and live a “paleo lifestyle”, Michelle and I share a couple of other connections. We are both working moms of two boys. And while Michelle is a registered Hospital Pharmacist, I have spent most of my business career in the pharmaceutical industry that produces those medicines she likes to say she “deals.” 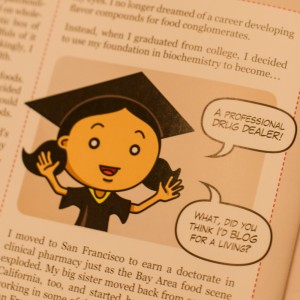 Though my Finance background does not exactly inform my food writing, Michelle’s keen knowledge of biochemistry and her nutrition education, give her a deep understanding of the science of nutrition and how what we eat affects our bodies. This knowledge really shows in Nom Nom Paleo Food for Humans. However, don’t let that turn you off if you are not into science, because that portion of the book is written in a way that is easy to understand and – dare I say – digest? For example:

In addition to a brief, concise background on nutritional advice, Michelle also includes an up-front section about her life, what led her to discover paleo, and how that impacts her daily interactions with friends and co-workers who are seeking to understand what this “paleo” craze is all about. 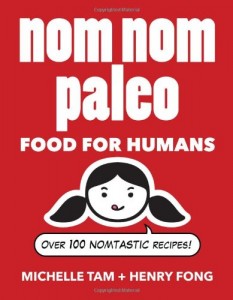 And did I mention the cartoons? Yes! Cartoons! Like their website of the same name, Nom Nom Paleo is full of them! In between his day job as an attorney, Henry Fong somehow manages to find time to be a computer illustrator. All of the cartoons found throughout the book are his creations, and they include adorable avatars of Michelle, Henry, and their two boys Owen and Ollie. (In addition to serving as Master Cartoonist, the multi-talented Henry is also the principal photographer of Nom Nom Paleo.)

Now…onto the food! There are a LOT of amazing recipes in this book. As the book cover says, there are“Over 100 Nomtastic Recipes!” Each one has 1-2 pages devoted to it and includes an up-front synopsis of what makes it special, as well as great food photography.  The recipes cover the basic meal categories and range from simple and delicious to the more elaborate “wow-your-friends” dishes.

Some dishes of note:

With so many delicious-looking recipes from which to choose, we were not sure which ones to try first. Eventually we settled on two: Vietnamese Lettuce Cups (one of the many Asian-inspired recipes), and Cowboy Chili (It’s the Texan in me; I couldn’t resist!). The lettuce cups recipe was easy to follow, perfect for a weeknight meal, and hit just the right note of spice. Even our boys, who often eschew anything wrapped in lettuce (especially if it’s a hamburger-bun substitute) really liked this. It was tangy, but not too spicy for them. For those who prefer more intense heat, you can add some Paleo Sriracha (found on page 42, and referenced in the recipe.)

The Cowboy Chili was a bit more labor intensive, but definitely worth it. As a native Texan (have I mentioned I’m from Texas?), I’m choosy about my chili, and this recipe does not disappoint. I give major props to Michelle for understanding that real chili does NOT contain beans. That’s a heresy in my homeland of Texas and goes beyond anything to do with a “legume-free” paleo diet mandate. If it has beans then it is really beef and bean soup, not chili. So if you appreciate the real deal then you will appreciate Michelle’s Cowboy Chili. The result was a rich, meaty chili with a perfectly thick sauce and a nice accent of…chocolate. Yes, chocolate! Seemingly an odd choice for a traditionally spicy dish. But if you are familiar with “mole” (mo-lay) then you understand this is a well-appreciated, traditional flavor combination. The unsweetened chocolate added an extra, unexpected flavor that captured and enhanced the spicy ingredients like ancho chili. As someone who likes food with a decent amount of heat I felt the need to add some cayenne pepper for more of a kick. But that is a personal preference and can be adjusted at the end of the cooking process based on taste. 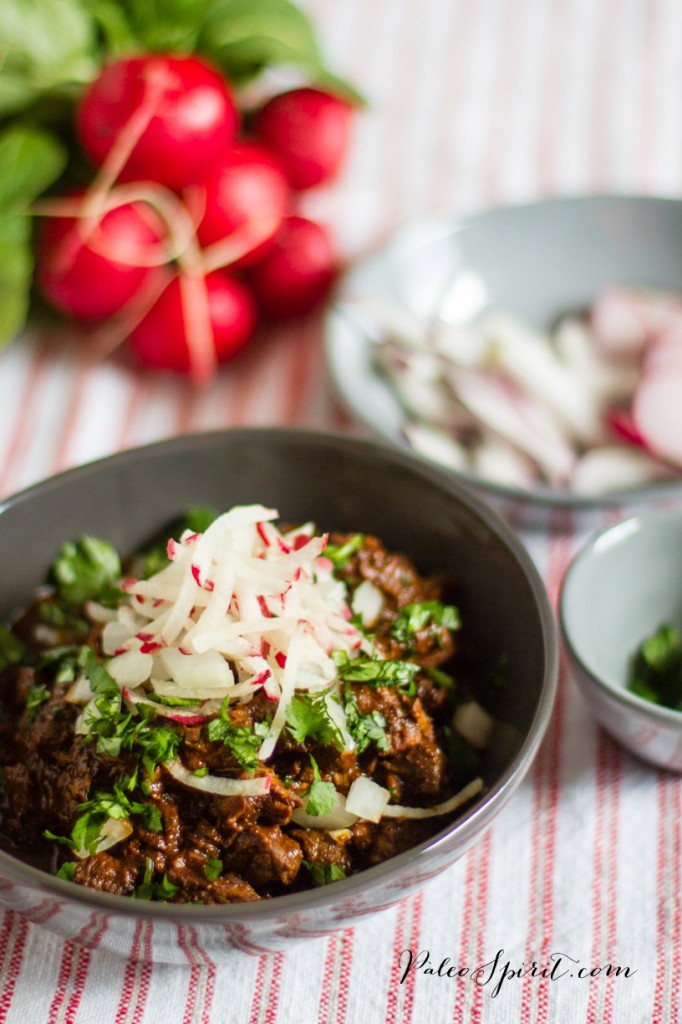 As quintessential “foodies”, Michelle and Henry have developed recipes that respect the traditional while adding creative and innovative aspects to their recipes. Overall, a big Thumbs-Up for Nom Nom Paleo Food For Humans. This book has something for everyone, from Paleo newbies to experienced, immersed devotees. Note to newbies: Don’t let the size of Nom Nom Paleo (275 pages) or the textbook feel of the up-front sections intimidate you. You don’t have to be a science-nerd to understand the whats, whys, and hows of Paleo to appreciate this book; Michelle and Henry have written it for everyone.

And now…just for fun, and in appreciation of Henry’s great cartoons, we are providing a quick and easy cartoon review (drawn by my own husband and cartoon devotee, Gavin). Enjoy! 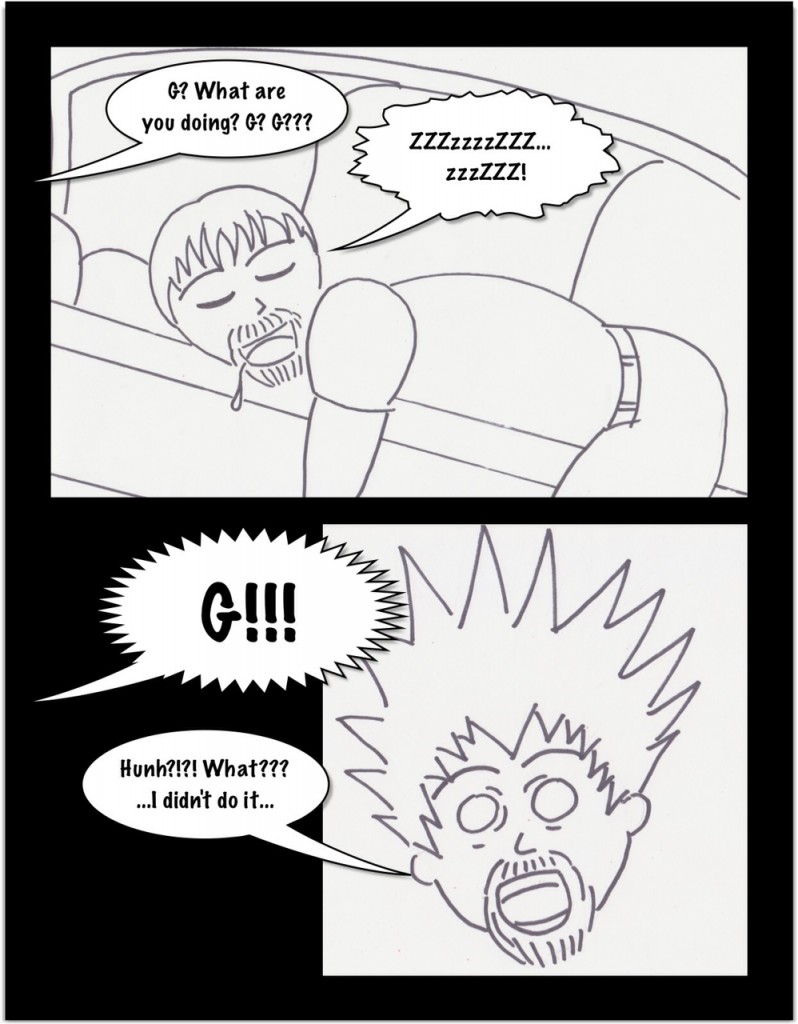 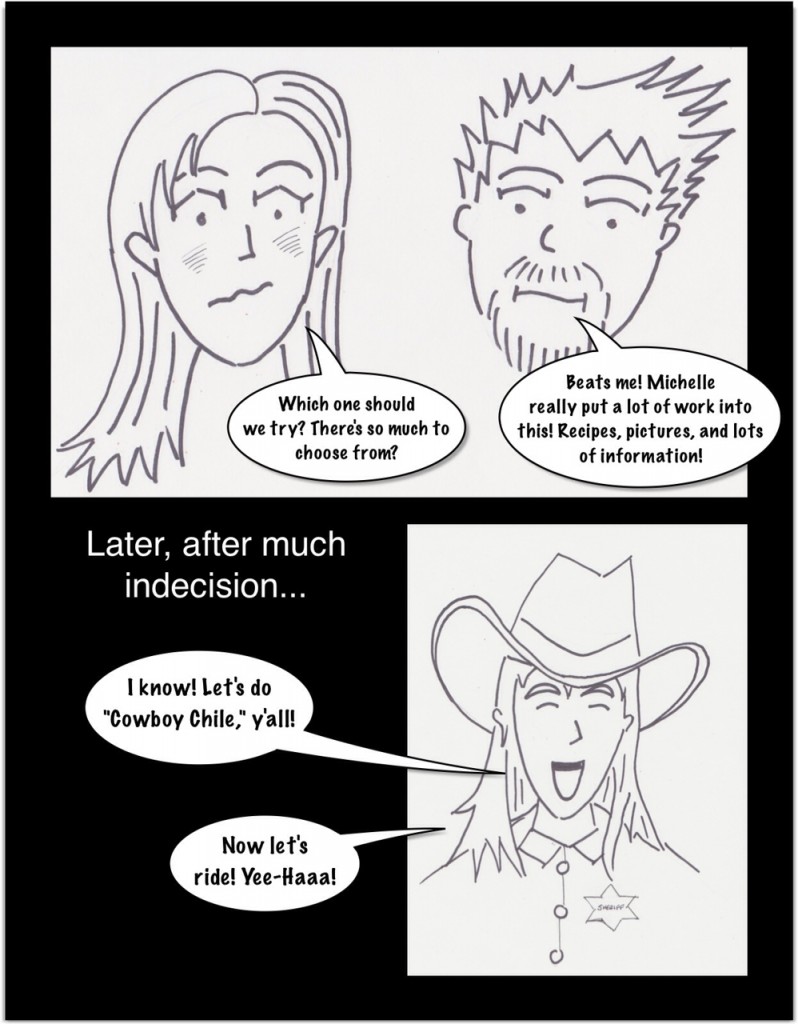 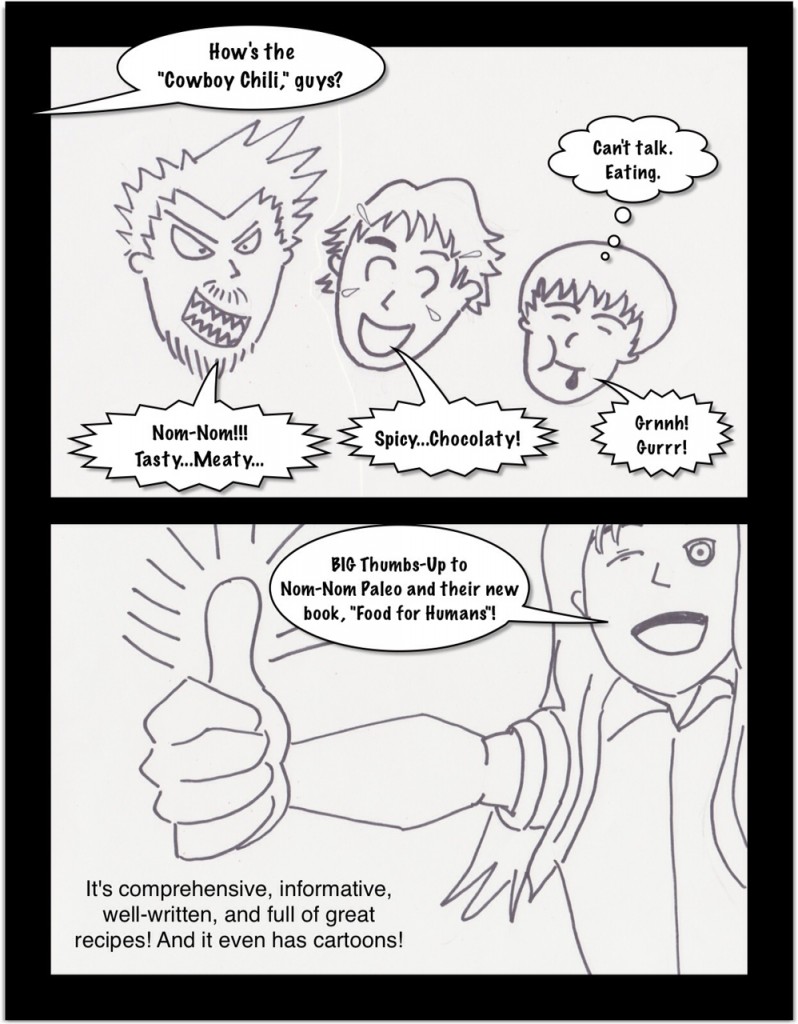 I am giving away TWO copies of “Nom Nom Paleo: Food For Humans”.

No purchase is necessary for either giveaway. Winners must respond within 48 hours or a new winner will be chosen. Good Luck!

Paleo and The City: Greensquare Tavern
What is the Autoimmune Paleo Protocol?
Book Review and Giveaway: "Eat Like A Dinosaur"
Tagged with → Nom Nom Paleo Book Review