Remembering The Tragedy of 9/11 With Beauty

The Cycle of Terror And Tragedy, September 11, 2001
By Graydon Parrish 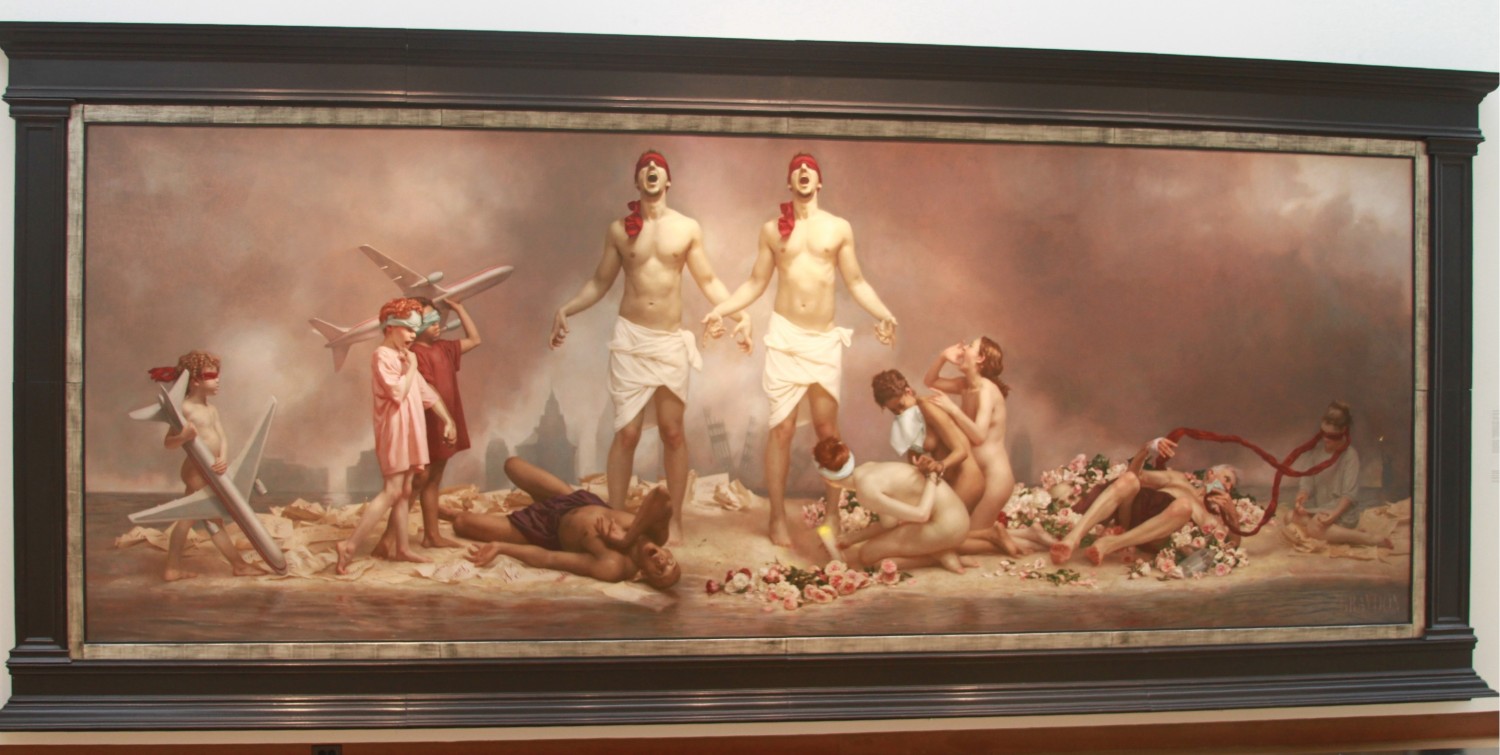 In 2002, Douglas Hyland, the director of the New Britain Museum of American Art, approached Graydon Parrish to create an allegorical tribute to the terrorist attacks of September 11, 2001. The completed painting, The Cycle of Terror and Tragedy, September 11, 2001 is over 18 feet long and is one of the largest realist paintings ever created in America. The painting, inspired both by Jacques Louis David and William Bouguereau, is highly symbolic. It has been compared with Pablo Picasso’s Guernica and Géricault’s The Raft of the Medusa, both comments on catastrophes. Today it hangs in the Chase Wing of the New Britain Museum of American Art.

I took this photo during a visit in May 2011 and will be attending the artist presentation for today’s ten year anniversary.
Beauty Archives